On 8th September 2017, in New Delhi the Ministry of Civil Aviation introduced new rules for the formation of a national No – Fly list that bans unruly passengers from travelling in airplanes.

The No – Fly list has been introduced to ensure on-board safety of passengers, cabin crew and the airlines. 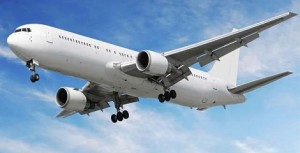 The No – Fly list introduced in India is unique and first of its kind in the world.

How this system will be implemented:

The complaint of unruly behavior should be filed by the pilot-in-command.The complaints will be examined by an internal committee set up by the airline.

i.The internal committee will have a retired District & Sessions Judge as Chairman and representatives from a different scheduled airline, passengers’ association/consumer association/retired officer of Consumer Dispute Redressal Forum as members.

ii.The internal committee will have to decide on the matterwithin 30 days, and also specify the duration of ban on the passenger.

iii.During this pendency period of the enquiry the concerned airline can impose a ban on the passenger.For every repeated offence, the ban period will be twice that of the previous ban.

ii. Persons considered as national security risk by the Ministry of Home Affairs. (this               part will not be displayed on the DGCA website)

Passengers banned by a particular airline can appeal against the banwithin 60 daysof issue of the ban. Whereas persons identified as national security threat cannot appeal.

The appeal will be heard by an Appellate Committee consisting of a retired High Court judge as Chairman and representatives of passengers’ association/consumer association/retired officer of Consumer Dispute Redressal Forum and airlines as members.