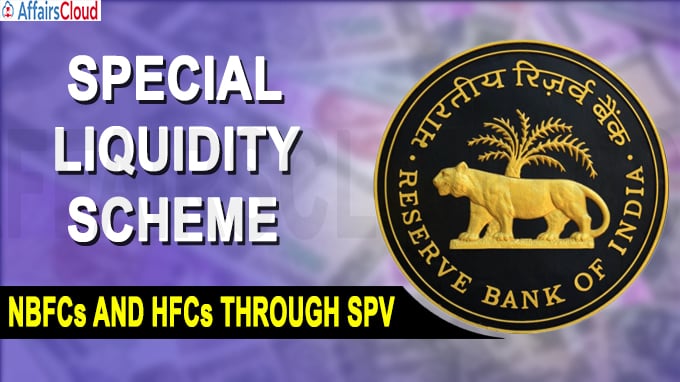 On July 1, 2020, the Government of India (GoI) has approved a scheme for improving the short-term liquidity position of non-banking finance companies (NBFCs)/housing finance companies (HFCs) through a Special Purpose Vehicle (SPV) in the form of Special Liquidity Scheme (SLS) Trust set up by SBI Capital Markets Limited (SBICAP), a subsidiary of the State Bank of India (SBI). Means, SBICAP will manage this operation.

Period of scheme: The Scheme will remain open for 3 months for making subscriptions by the Trust i.e. till September 30, 2020.

How will this scheme work?