According to the Global Wage Report 2016-17 released by the International Labour Organisation (ILO), India is among one of the World’s worst gender gaps in wages.The report showed that men earned more than women in similar jobs, with the gap exceeding 30 percent. Women are paid 33% less than men in hourly wages in India.

Important points of the report

The report showed that, in India, women represented 63 percent of the lowest paid wage labor while only 15 percent of the highest wage-earners were female. 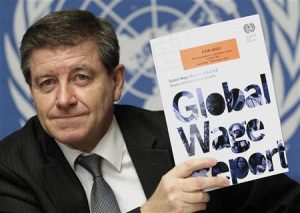 to governments, social partners, academics and the general public.