The Jnanpith Selection Board named the eminent modern Bengali poet Shankha Ghosh for the 52nd Jnanpith Award for 2016 on December 23, 2016.His nomination was decided at a meeting of the Jnanpith selection board chaired by writer and scholar Namwar Singh.

Shankha Ghosh was born 6 February 1932 in Chandpur which is now a part of Bangladesh. He is a Bengali Indian poet and critic. 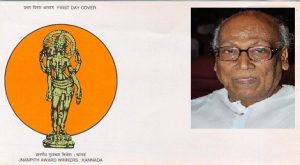 The Jnanpith Award is an Indian literary award presented annually by the Bharatiya Jnanpith to an author for their outstanding contribution towards literature.