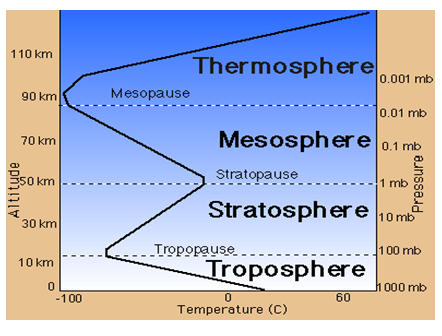 The ionized particles increase in frequency with increasing heights. There are 2 belts in the upper atmosphere having a high concentration of ionized particles. They are known as Van Allen’s Radiation Belts. The inner belt lies about 2600 km from the earth’s surface, while the outer lies at about 13,000 to 19,000 km from it. These belts represent concentrations of highly charged particles, protons and electrons from the sun, trapped within lines of force of the earth’s external magnetic field- the Magnetosphere.