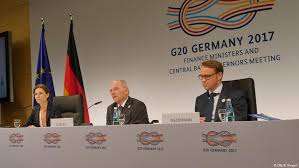 For realising this potential, digital economy should be geared towards developing following components:

MSMEs – Another Core theme of declaration:

The declaration has stated that inclusive growth can be ensured only if MSMEs (Micro, Small and Medium Enterprises) reap the benefits of digital revolution. MSMEs which typically face resource crunch should be supported to embrace digital technologies.

These papers envisage collaboration among G20 countries in terms of information and experience sharing, involvement of all stakeholders from public and private domain and defining the scope of digital trade.

During G20 leaders Summit 2016 in Hangzhou, China, the leaders had proposed to collectively tap in opportunities provided by an increasingly digital world and address the ensuing challenges for enabling a dynamic global digital economy that ensures inclusive growth. Since then, digital economy has been placed high on the G20 agenda.

G20 (Group of Twenty) is a political forum of industrialised and developing economies who deliberate upon range of global and regional issues which affects the global economy. G20 accounts for 85% of Global Gross Domestic Product and 80% of world trade. It represents 66% of the world’s population.