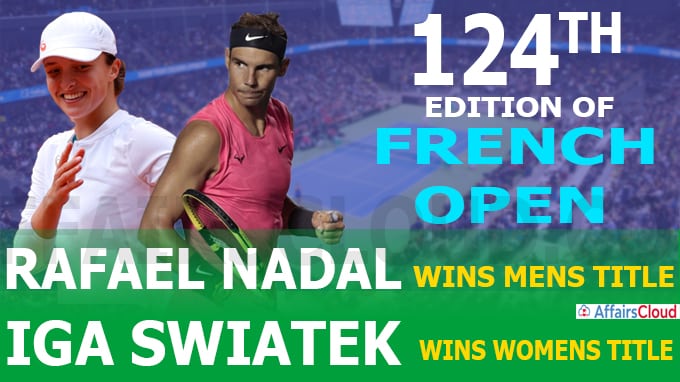 iv.At 34 years, he became the Oldest French Open Champion since Andres Gimeno in 1972.

i.This is Swiatek’s Maiden Grand Slam Title and she is the first Polish Tennis Player to win a Grand Slam.

iii.Ranked at World No. 54, she became the lowest-ranked woman to capture the French Open title.

iv.She became the first player born in the 21st Century (Both Male & Female) to win a Grand Slam Singles Title.

i.This is the pair’s Fourth Grand Slam Doubles Title together.