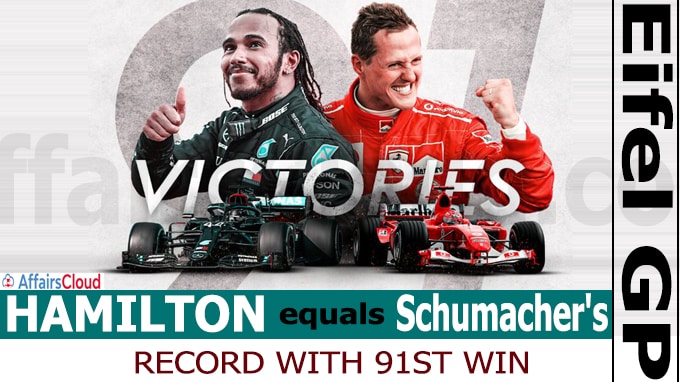 ii.This is Lewis Hamilton’s Seventh win of the Season.

iv.The F1 race at Nurburgring, Germany was the first race at the circuit since 2013.