On 6th May 2020, Former Union Minister of State for Health passed away at 74 in his residence in Chennai, Tamil Nadu due to a cardiac arrest. He was born on 24th July 1945 in Irumbedu village, Chengalpattu, Tamil Nadu. He participated in the Indo-Pak War of 1971 as an army officer and received Sainik Sewa Medal for his meritorious service. 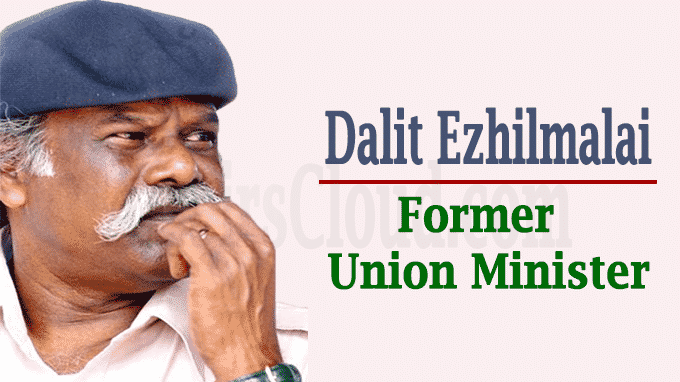 i.He served in the Former Post & Telegraph Department of the Government of India Between 1963 and 1987 and deputed to the Army for five years.

ii.In 1989 The Pattali Makkal Katchi(PMK) founded by Dr S Ramadoss was established  he joined the party and became the first general secretary of the party.

iii.In March 1998 he became the Union Minister of State for Health and Family Welfare with independent charge by winning the 1998 Lok Sabha election (Vajpayee Cabinet ), first elected to the 12th Lok Sabha from the Chidambaram(reserved) constituency as a PMK representative in All India Anna Dravida Munnetra Kazhagam (AIADMK) -led coalition.

iv.In 1999 quit the PMK party and joined the AIADMK and In 2001 he was elected to the Lok Sabha for a second term from the Tiruchi constituency by-election as an AIADMK representative.