Ms Nirmala Gajwani the former Deputy speaker of Gujarat Assembly passed away on 21 January 2016 in Rajkot, Gujarat. She was a reputed social worker and one of the chief illuminations of the Sindhi community in the state. 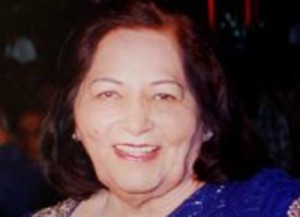