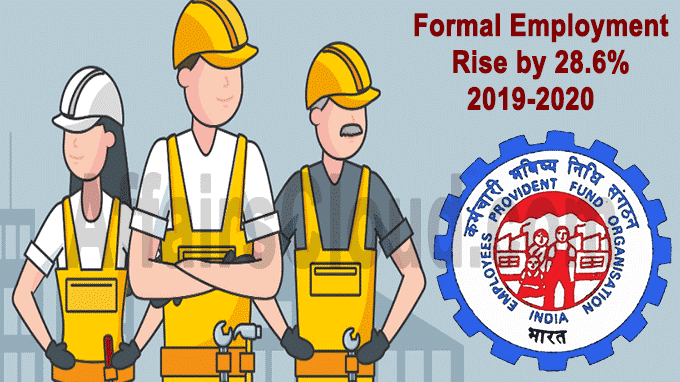 Highest Increment: Sectors such as Hospitality and Financial Institutions have experienced a 50% growth, while the formalities of the workforce in the textile sector have increased by 20 %.

i.Payroll data showed an increase in informal jobs and a more than 16 % CAGR (Compound Annual Growth Rate) increase in organized contract employment over the same period.

ii.According to EPFO, during the fiscal 2019-20 (or 2019) , there has been a substantial increase in the number of individuals who opt out and then join the membership.

iii.GST (Goods and Services Tax) is acting as an incentive for companies that are part of the formal tax framework to derive the benefits that have facilitated job formalization. Other than this, the rate of return on provident fund deposits in the year 2019-20 was 8.5 % and is higher than many social security instruments with fixed deposits.