In the latest Forbes Fab 40 2016 list of the biggest sports brands in the world, Dhoni is slated at No 10th spot in the top 10 athletes and he remains the most valued Indian athlete in 2016.

Forbes Fab 40 lists out top 10 Sports Brands, Events, Athletes and Teams. According to the magazine, an athletes brand value is their earnings (excluding salary from bonus from their sport and their investment income), minus the average income of the top 10 athletes in the same sport. 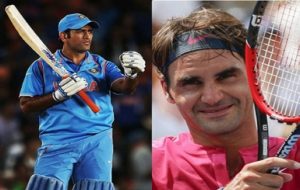 Mahendra Singh Dhoni commonly known as  S. Dhoni was born 7 July 1981. He is an Indian cricketer and the current captain of the Indian national cricket team in limited-overs formats.