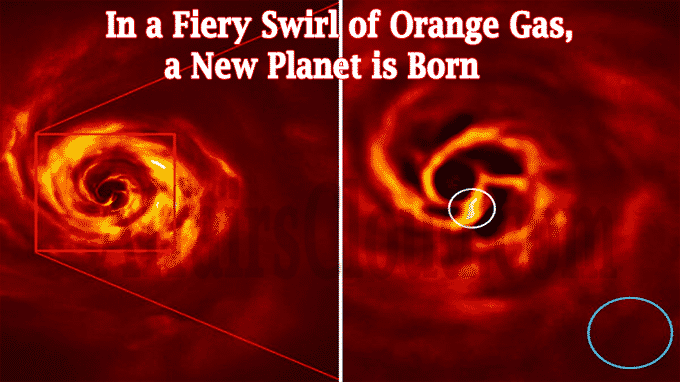 On May 22, 2020, A team of Scientists from the Observatoie de Paris, PSL (Paris Sciences et Lettres) University in France, have witnessed a birth of a new planet for the first time in human history by using photographs of the SPHERE (Spectro-Polarimetric High-contrast Exoplanet Research) instrument on the Very Large Telescope (VLT) of the European Southern Observatory (ESO) in Chile.

Evidence of the existence of a planet:

This star was observed earlier too:

The same system was observed a few years ago by the Atacama Large Millimeter/submillimeter Array (ALMA). Then that observation indicated the beginning of the process of formation of planets. In those pictures also, scientists saw two spiral arms of gas in the disc near the star.