The Holland football legend Johan Cruyff has died peacefully in Barcelona, in the presence of his family of lung cancer at the age of 68. 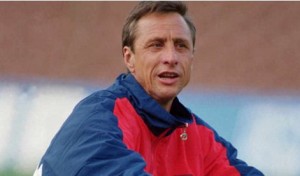