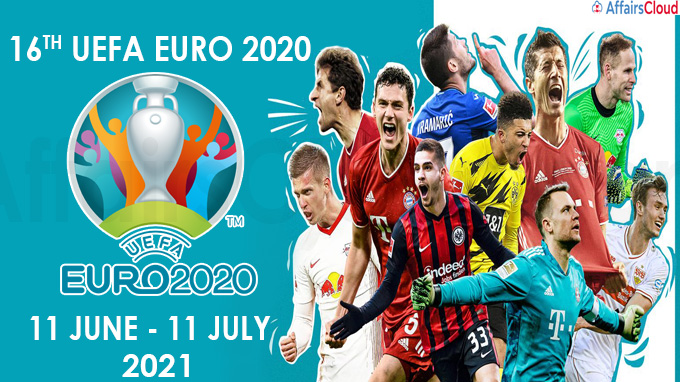 The Italy National Football Team won the 16th Edition of ‘2020 UEFA European Football Championship (UEFA Euro 2020)’ by defeating England on penalties in the finals held at Wembley Stadium, London, UK.  This is Italy’s 2nd European Championship Title (1st one was in 1968). 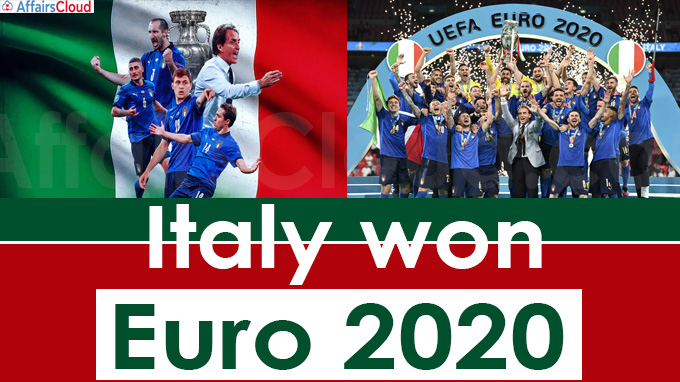