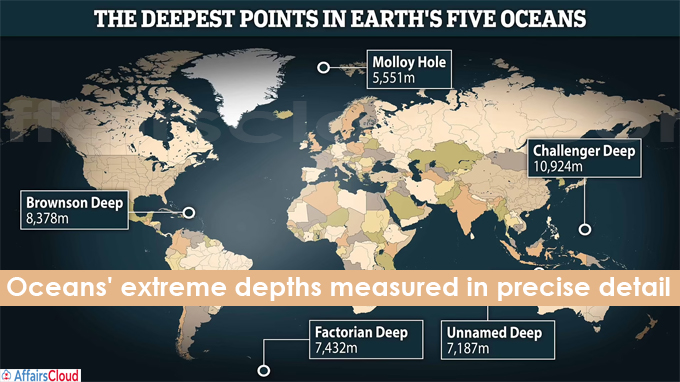 i.The findings were published in the Geoscience Data Journal.

iii.The findings will be handed over to the Nippon Foundation-GEBCO Seabed 2030 Project, which will compile a full-ocean depth map by the end of 2030.

iv.It will be essential for navigation, laying underwater cables, fisheries management and conservation.

Bathymetry is the study of underwater depth of ocean floors or lake floors.

November 27, 2020, The Ministry of Earth Sciences (MoES) is set to launch an ambitious ‘Deep Ocean Mission’ for underwater exploration of minerals, energy and marine diversity; it will enhance India’s presence in the Indian Ocean. Its expected outlay is over Rs 4,000 crore.