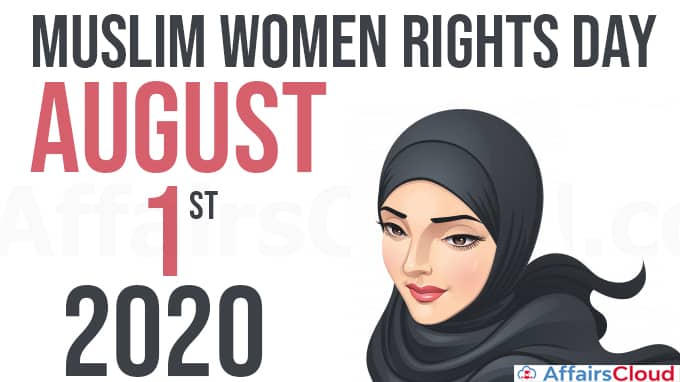 i.The Triple Talaq gave the privilege to Muslim men over their wives, which was approved and legalised under the Muslim Personal Law Application Act of 1937.

ii.On 30th July 2019, the triple talaq bill also known as the Muslim Women Act (Protection on Rights on Marriage Act) was passed by the Indian parliament, The Rajya Sabha passed the bill with 99 votes in favor and 84 against it.

iii.President Ram Nath Kovind gave his assent to the bill on 1st August 2019 and criminalized the instant oral triple talaq with jail term of upto 3 years.

i.Mukhtar Abbas Naqvi, Union Minister for Minority Affairs addressed the Muslim women across the nation in a virtual conference organised on the occasion of Muslim women rights day at the National Commission for Minorities office in New Delhi.

Triple talaq in other nations: