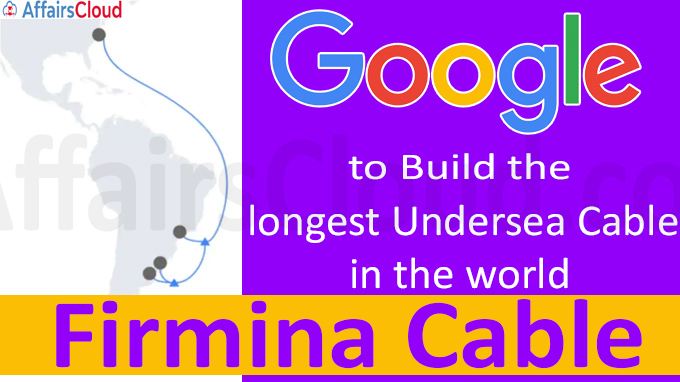 i.It is the World’s longest subsea cable, which is capable of fully operating through a single power source, in case if other power sources become temporarily unavailable

ii.Firmina will be connecting the East Coast of the USA with Las Toninas, Argentina, and additional landings in Praia Grande, Brazil, and Punta del Este, Uruguay.

Other Subsea Cables by Google:

With Firmina, Google has invested in 16 subsea cable projects including – Dunant (Connects US with Europe), Equiano (Connects Portugal with Africa) and Grace Hopper (Connects – US, UK & Spain)

It is the 1st time in history of Fiber optic submarine telecommunications that India will be at the centre of the International network map.