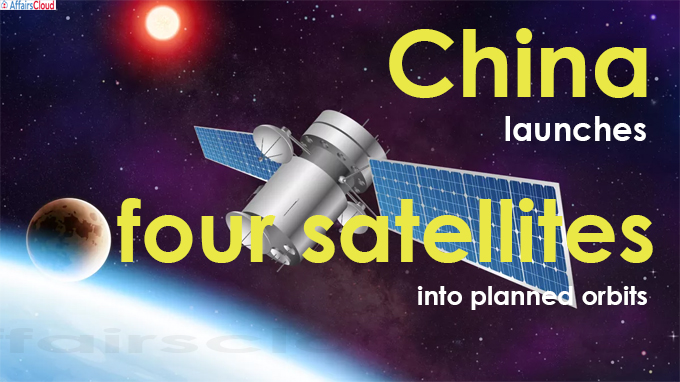 China launched 4 satellites into planned orbits aboard the Long March-2D rocket from the Taiyuan Satellite Launch Center in Northern Shanxi Province.  The satellites will be used for ecological environment monitoring, asteroid resource exploration, disaster prevention and mitigation among others.

Purpose of the Satellites

ii.HS-2 satellite will be used by Xiamen University for studying the ecological environment of the near shore and shallow sea.

iv.TJ Satellite will be used by universities for teaching and training on in-orbit services.

May 19, 2021, China launched ‘Haiyang-2D (HY-2D)’ Ocean Observation Satellite into the Orbit. It was launched by a Long March-4B rocket from the Jiuquan Satellite Launch Centre, Gobi Desert, China.