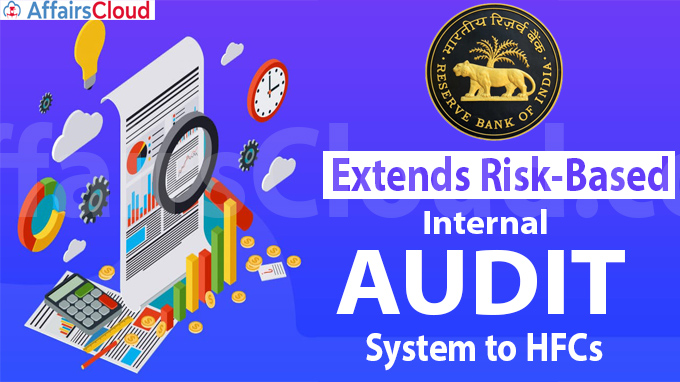 The Reserve Bank of India (RBI) extended the Risk-Based Internal Audit (RBIA) system for all deposit-taking Housing Finance Companies (HFCs), irrespective of their size, and for non-deposit taking HFCs with asset size of Rs 5,000 crore and above to enhance the quality and effectiveness of their internal audit system.

ii.Thus the RBIA audit methodology will evaluate the risk management systems and control procedures in various areas of operations, in addition to transaction testing. It will also help in anticipating areas of potential risks and mitigating such risks.

Note – The RBIA framework has been mandated to HFCs in the backdrop of the troubles at Dewan Housing Finance Corporation Ltd and Reliance Home Finance.