The  Ministry of Tourism’s campaign, “Find the Incredible you” has won the Pacific Asia Travel Association (PATA) Gold Award 2019 under the “Marketing – Primary Government Destination” category. 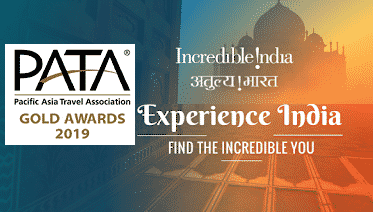 Key points:
i. Aim: The campaign which focuses on digital and social media and the promotion of niche tourism products of the country won the award among 198 entries from 78 organizations and individuals worldwide.
ii. Find the Incredible You: It was launched as part of ‘Incredible India 2.0’ Campaign. Series of transformative experiences of foreign through unique storytelling in the format of autobiographies with the tagline “Find the Incredible You were launched under the campaign, which had shifted strategy focus from external experience of tourist destinations to internal experience of travelers themselves.
iii. PATA Gold Award: These awards are given by PATA to tourism industry organizations and individuals making an outstanding contribution towards the promotion of the travel industry throughout the Asia Pacific Region.
iv. Incredible India 2.0:  It was launched in September 2017 to take campaigns to the next level. It had shifted from generic promotions undertaken across the world to market-specific promotional plans and content creation.
As part of the 2.0 Campaign, 5 new television commercials were produced by Tourism Ministry, which was aired on the television and social media globally. These were:

v. Annual release: The Ministry of Tourism, as part of its promotional initiatives annually releases Global Media Campaigns under the ‘Incredible India’ brand-line in the Television, Print, Digital, and Social Media, in key and potential source markets overseas.