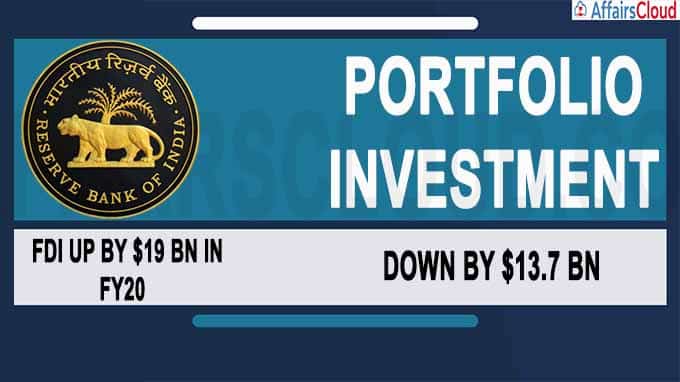 In accordance with the India’s International Investment Position (IIP) data as at end-March 2020, released by Reserve Bank of India (RBI), Foreign Direct Investment (FDI) in the country has raised by $19 billion while portfolio investment declined by $13.7 billion during 2019-20.

International financial assets of Indian residents increased by US$ 73.9 billion due to the rise in reserve assets and overseas direct investment by US$ 64.9 billion and US$ 13.0 billion, respectively, though other investments declined marginally during the year.

International financial liabilities increased by US$ 16.3 billion as direct investment and other investments rose by US$ 19.0 billion and US$ 11.0 billion, respectively.

Ratio of International Financial Assets and Liabilities to GDP: