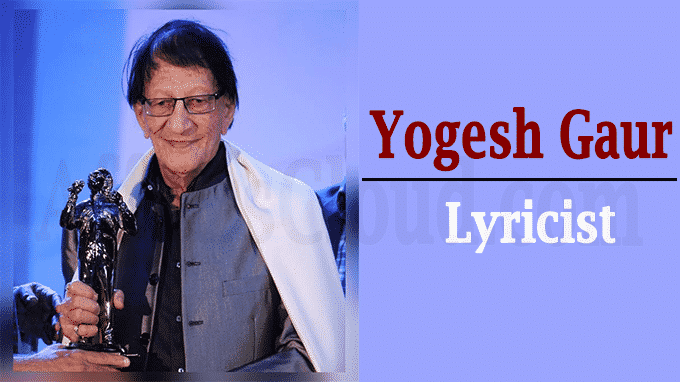 On May 30, 2020, Famous Indian Lyricist and writer Yogesh Gaur, commonly known as Yogesh in the film industry passed away at the age of 77 in Mumbai, Maharashtra. He was born on March 19, 1943 in Lucknow, Uttar Pradesh (UP).

i.He was a prominent lyricist in 1970s Hindi cinema and also worked with the prominent film directors such as Hrishikesh Mukherjee and Basu Chatterjee.

iii.Yogesh’s latest and last work as a lyricist was in the film “Angrezi Mein Kehte Hain”.