On January 24, 2020, The Presidents of European Commission, Ursula von der Leyen & the European Council, Charles Michel, have signed the Brexit deal agreed in the month of October 2019 . 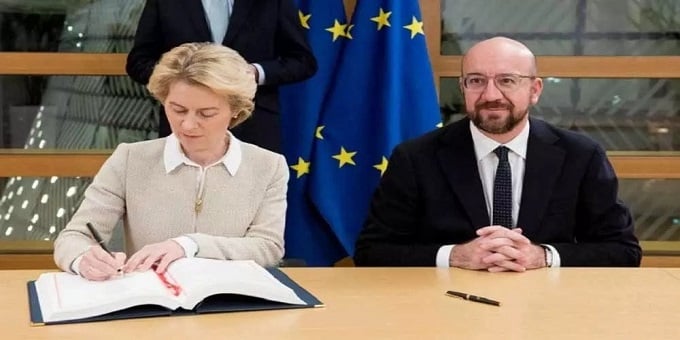 ii.This will bring to an end 47 years as a member of the pan-European partnership.

iii.After Brexit,the 28 member states will come down to 27, but the withdrawal deal provides for an 11-month transition period for Britain until the end of 2020.

About Brexit:
It is the word coined by merging the words Britain and exit. It is the shorthand way of saying that Britain is leaving the EU.

About European  Union (EU):
Motto– “United in Diversity”
Administrative centre– Brussels,Belgium
It is a political and economic union of 28 member states that are located primarily in Europe.