Indian Space Research Organisation (ISRO) has been working on a new propulsion system known as the Electric Propulsion (EP) system that is set to usher in a new era of cost effective satellite launches.

The Electric Propulsion (EP) system converts solar energy into electrical energy which, in turn, is used to change the velocity of a satellite in space.

Electric Propulsion (EP) system as a supplement to Chemical Propellant: 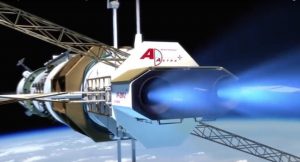 geostationary orbit (36,000km away from the earth). The chemical propellant also helps in orbit correction and maintaining a satellite on its path for its life duration of 10-12 years.

ISRO is the space agency of Government of India, formed with a vision to harness space technology for national development