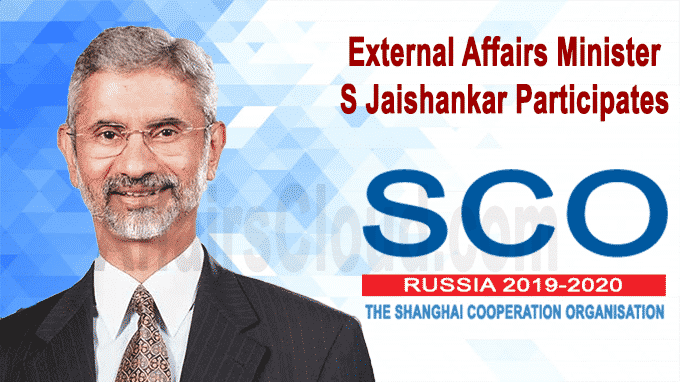 On 13th May 2020, External Affairs Minister(EAM) S.Jaishankar participated in a virtual conference of foreign ministers hosted by Russia from Shanghai Cooperation Organisation(SCO) member states and insisted on the collective action against the terrorism and the security challenges, chaired by Mr Sergey Lavrov, Minister of Foreign Affairs of Russian Federation.

i.India and Pakistan became the members of the SCO in 2017.

ii.EAM mentioned that the security challenges faced today are not associated with the physical or political boundaries and stated that the threat to security and stability in the region of SCO requires collective actions.

iii.He also stated about the Pakistani deep state’s alleged involvement in the cross-border terrorism in Kashmir violating the ceasefire as the focus of India is on combating against COVID-19.

v.Lavrov shared that the United States of America is using the pandemic situation to impose their point of view, their vision of world order which they invented and call an order based on rules