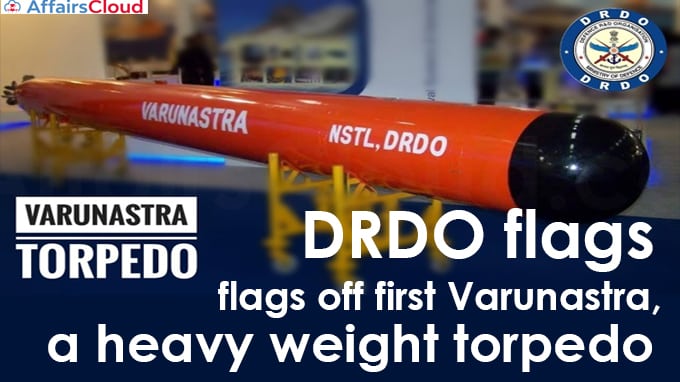 Designed and Developed by:

The Varunastra has been designed and developed by Naval Science & Technological Laboratory (NSTL), Visakhapatnam.

BDL, being the production agency, is manufacturing Varunastra at its Visakhapatnam unit for the Indian Navy.BDL had signed a contract worth Rs 1,187 crore to manufacture the weapon, which is considered to be around 95 per cent indigenous.

i.‘Varunastra’ –  is an Indian advanced heavyweight anti-submarine Torpedo and is capable of being launched from both Ships and Submarines.

iii.It is capable of achieving a speed of 40 Knots (74 Kms/hr), weighs around 1.25 tons and can carry upto 250 kg of conventional warhead.

iv.It is made of 95% Indigenous contents.

v.The heavyweight torpedo is also being offered for exports.

Other associations of BDL:

i.On June 26, 2020, Indian Navy inducted an Advanced Torpedo Decoy System (ATDS) namely ‘Maareech’ that is capable of being fired from all frontline warships.