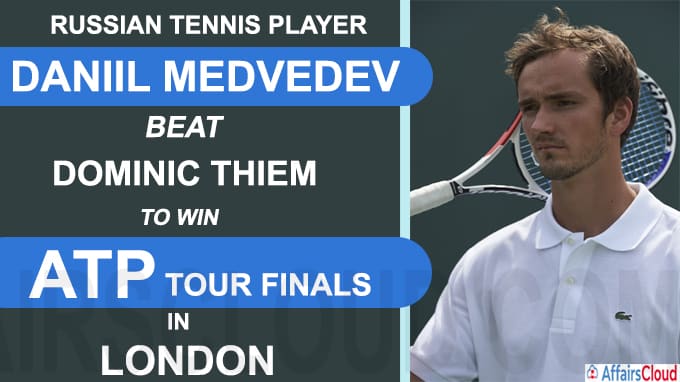 i.ATP Finals is an Annual season-ending event for the 8 highest ranked singles players and double teams on the  ATP Tour.

ii.London has held ATP Finals for the last 12 years,  the 2021 tournament is set to be  moved to Turin in Italy.

iii.The Tournament is played on Hard Court and is a men’s tennis tournament.

i.Medvedev is the first Russian to win the season-ending title since Nikolay Davydenko in 2009.