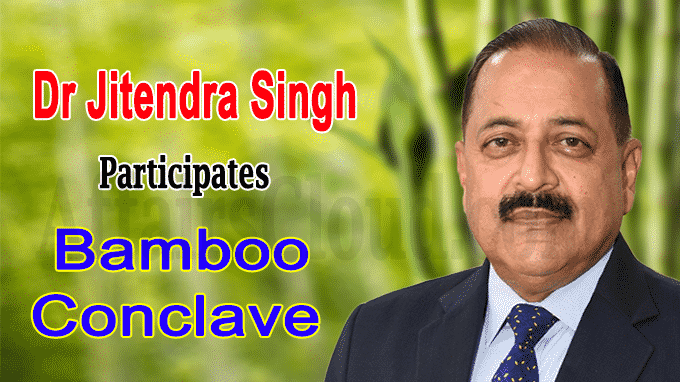 Government over the last six years has accorded highest priority to the development of the North Eastern region, which resulted in a boost to the bamboo sector which it had never received since independence. It should be noted that the northeast consists of 60% of India’s reserve of Bamboo.

On April 16, 2020, the Ministry of Home Affairs allowed the functioning of bamboo related activities like planting, process etc. which has shown the importance of bamboo with regards to the economy.

-Currently, the total requirement of “Agarbatti” in India is about 2,30,000 per annum and the market value of it is up to Rs 5000 crore, we have been importing a large bulk of it from countries like China and Vietnam.

-Ministry of North East working out time bound plan for promotion of bamboo manufacturing and trade, and also work out feasibility of Public Private Partnership (PPP) in this sector.

-Bamboo can be processed into multiple products, including bio-diesel and green fuel, wooden lumbers and plywood, which can create employment opportunities in multiple sectors.

It was attended by the Ministry of Development of North Eastern Region (DoNER), the Union Ministry of Agriculture and stakeholders from different sectors.