Hero MotoCorp patriarch and doyen of Indian two-wheeler industry, Brijmohan Lall Munjal, passed away in New Delhi’s Max hospital on Sunday. He was 92

Munjal had retired from active role and become Chairman Emeritus of the over $4-billion group earlier this year and remained on the board of the company as non-executive member. 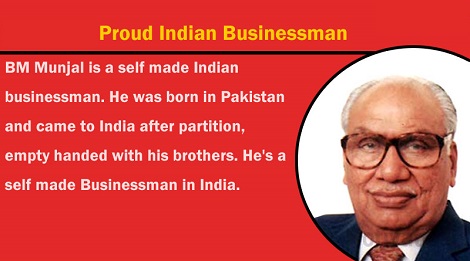