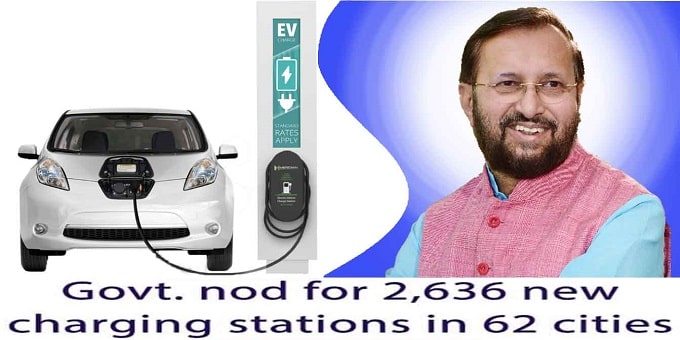 i.At least one charging station will be in 4km X 4km grid in selected cities .

ii.A total of 317 EV charging stations have been allotted in Maharashtra which is highest among 24 states.

iv.Under FAME India scheme, the Department of Heavy Industries invited the “Expressions of Interest (EoI) “from various cities across the country and received 106 proposals for 7000 EV charging station. Out of which 2636 EV charging stations were selected with the help of Project Implementation and Sanctioning Committee (PISC).

ii.With the effect from April 1, 2019 this scheme was implemented with the total outlay of Rs 10000 crore for a period of three years.

Objective:
The main objective of the scheme is faster adaptation of Electric Vehicles which encourages manufacturers to introduce new models and to build the charging stations across the country. It also helps in reducing environmental pollution.