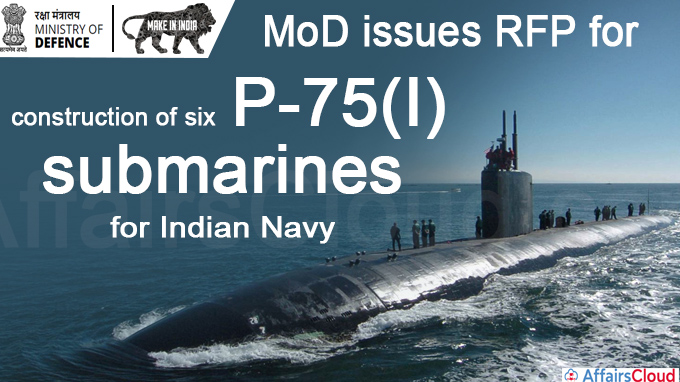 The Ministry of Defence (MoD) has issued a Request of Proposal (RFP) for construction of 6 AIP (Air Independent Propulsion) fitted Conventional Submarines named Project 75 (India) [P-75(I)] for the Indian Navy.  The estimated cost of the project is over INR 40,000 Crore.

ii.The project intends to boost the indigenous design, construction capability, and to bring the latest submarine design and technologies to India.

iii.Project 75 (I) was approved in 2007 as part of the Indian Navy’s 30-year Plan for Indigenous Submarine construction.

On March 10 2021, DRDO achieved the development of Air Independent Propulsion (AIP) for Submarines by providing the land-based prototype.