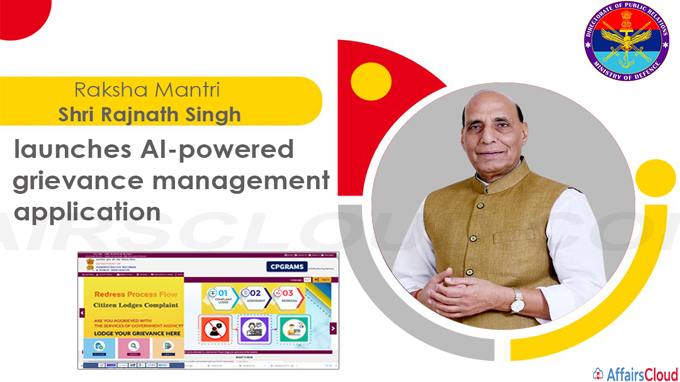 i.The AI tool of the app has the ability to understand the content of the people’s complaints (grievances) and would automatically analyse it.

ii.It would automatically categorize the content based on its meaning and identify the repeated complaints or spam.

iii.It could also make a geographical analysis of complaints and find whether the complaint was adequately addressed or not by the concerned office. It also reduces human intervention, saves time and ensures transparency under grievances disposal.

iv.Background: In August 2020, A Tripartite Memorandum of Understanding (MoU) was signed between IIT Kanpur, MoD and Department of Administrative Reforms & Public Grievances (DARPG) to develop AI and ML Techniques to conduct analysis of Public Grievances received on the CPGRAMS.

Note – CPGRAMS is the online web-based system over NICNET, it was developed by National Informatics Centre (NIC) in association with DARPG and the Directorate of Public Grievances (DPG).