We are here for you to provide the important current affairs September 7 2018 which have unique updates of all daily events from all newspapers such as The Hindu, The Economic Times, PIB, Times of India, India Today, Indian Express, Business Standard, all Government official websites. Our complete current affairs helps you to get more marks in Banking, insurance, UPSC, SSC, CLAT, Railway and all other competitive Exams. 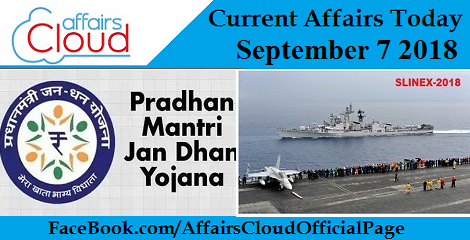 i. It also added more incentives to encourage people to open bank accounts.
ii. The added benefits are as follows:

Facts about Jan Dhan Yojana:
i. It was launched in August 2014 for a period of four years.
ii. There are approximately 32.41 crore Jan Dhan accounts having a total deposit balance of Rs 81,200 crore.
iii. 53% of the account holders are women.
iv. 30 lakh people have so far availed the over-draft facility.
v. 83 per cent of the accounts are seeded with Aadhaar.

Key Points:
i. The seminar was organised by: Ministry of Railways and Centre for Railway Information Systems (CRIS).  Minister of Railways & Coal, Piyush Goyal was the Chief Guest.
ii. The seminar had 4 sessions on: Mobility for Passenger Business; Continuous Cargo Visibility; Network Optimisation; IoT (Internet of Things) and Mobile Data in Maintenance, Repair and Operations.
iii.About AAPOORTI app:

Defence & Homeland Security Expo and Conference – 2018:
i. Organized by: PHD Chamber of Commerce and Industry and Ministry of Micro, Small and Medium Enterprises (MSME).
ii. The Expo is held for 3 days. It is organised for the first time to bring together leading policy makers and influencers from various defence segments.
iii. Major Focus: MSMEs in defence production and procurement and issues related to Homeland Security and Defence Modernisation.
iv. Rajnath Singh announced technological upgradation and modernization to monitor and check activities related to terrorism inJammu and Kashmir, Gujarat and Assam.
About PHD Chamber of Commerce and Industry:
♦ President – Anil Khaitan
♦ Headquarters – New Delhi

NGT forms monitoring committee to prepare action plan on groundwater recharge in Delhi
National Green Tribunal (NGT) has formed a monitoring committee headed by Justice (retd) S P Garg to prepare a time-bound action plan on groundwater recharge in Delhi.
Key Points:
i. Other members of the committee: one representative each from the Delhi Jal Board, Central Pollution Control Board, Central Ground Water Authority and Sub-Divisional Magistrate (SDM) concerned.
ii. The committee can obtain help of technical experts and also carry out visits to sites whenever necessary.
iii. The committee will take urgent action on the issue of supply of drinking water to areas where it is deficient.
iv. The committee has been mandated to send its periodical reports to NGT by e-mail.
v. The committee has been directed to take stock of all actions taken so far and prepare a time-bound action plan on groundwater recharge.
About National Green Tribunal (NGT):
♦ Chairperson – Justice Adarsh Kumar Goel
♦ Location – New Delhi

Minimum compensation for rape Rs 4 lakh, rules Supreme Court
On 5th September 2018, the Supreme Court approved a scheme that grants a compensation of minimum Rs 4 lakh and maximum Rs 7 lakh to the survivors of rape and sexual assault.
Key Points:
i. Supreme court has stated that the state governments can grant a higher compensation but not less.
ii. This scheme will be launched on 2nd October 2018. It will be applicable throughout India. The scheme was framed by theNational Legal Services Authority (NALSA) in consultation with the Centre.
iii. As per the scheme:

iv. If a woman survivor is subject to more than one crime, she will be given a combined value of compensation.
v. In case a trial or appellate court finds that the criminal complaint and allegations were false, the compensation granted will be taken back.
vi. A compensation fund will be set up and managed by State Legal Services Authority. 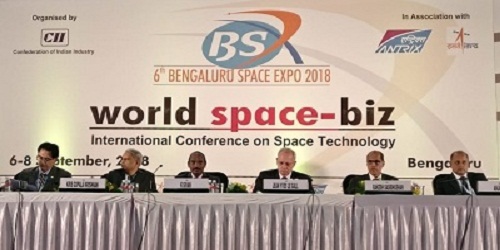 Objective:
To showcase industry participation in Indian space programme
Key Points:
i. It was organised by Confederation of Indian Industries (CII) along with ISRO and Antrix.
ii. ISRO offered manufacturing of PSLV and small satellite launch vehicles along with small satellites to private industries.
iii. For this a total of 10,400 crore rupees has been earmarked out of which Rs. 9000 crore rupees worth production will be given to private industries.
iv. ISRO and French agency CNES signed MoUs : i. It will have three ships, two maritime patrol aircraft and one helicopter participating from the Indian side.
ii. Sri Lanka Air Force will join the exercise for the first time.
iii. It will have 2 phases namely the Harbour and Sea Phase.
iv. This will involve:
joint training, exchange of expertise, helicopter and maritime patrol aircraft operations, search and rescue, and maneuvers at sea.
v. It will also have sports fixtures and cultural events.
vi. The highlight of the exercise would be the deployment from China Bay of Dornier aircraft manned by Indian Navy, Sri Lanka Navy and Sri Lanka Air Force
Background:
♦ It was earlier a biannual event that was converted to annual event.
♦ Last SLINEX was held in Visakhapatnam in September 2017.
Sri Lanka:
♦ Capital: Colombo and Sri Jayawardenepura Kotte.
♦ Prime Minister: Ranil Wickremesinghe.
♦ President: Maithripala Sirisena.
♦ Currency: Sri Lankan Rupee.

Key Points:
i. The conference was organised by: Republic of Korea and the National Human Rights Commission of Korea.
ii. Thaawarchand Gehlot headed a 3-member Indian Delegation. The conference was also attended by United Nations, UNESCAP, UNECE, European Union, ASEAN, GANHRI and also International NGOs, Experts etc.
iii. The 3-day Conference aimed to reaffirm the universal value of the human rights of older persons, share information on discrimination against the elderly and exemplary cases of long-term and palliative care in Asia and Europe.
iv. Discussions were also held on operation and tasks of the ASEM Global Ageing Centre as an implementing institution for mutual cooperation among ASEM members for the protection and promotion of human rights of older persons.

Card-less cash withdrawal at 20,000 IMT ATMs enabled by Airtel Payments Bank
On September 7, 2018, Airtel Payment Bank announced that users can withdraw cash from ATMs, without the need for a physical debit card.
About the card-less cash withdrawal feature:
i. For this Airtel has partnered with Empays to enable Instant Money Transfer (IMT) for its account holders.
ii. 20,000 ATMs have been enabled with Empays IMT card-less cash technology which will expand to over 100,000 ATMs by the end of 2018.
iii. This new service is available to both smartphone and feature phone users through USSD (*400#) and MyAirtel app.
iv. The first two self-withdrawal transactions will be free, a transaction fee of Rs. 25 will be charged after that.
Airtel:
♦ Headquarters: New Delhi.
♦ CEO: Gopal Vittal.
Airtel Payments Bank:
♦ Headquarters: New Delhi.
♦ CEO: Anubhrata Biswas.
♦ Founded: 2016.

iii. It has kept the MCLRs unchanged for three year and two year loans at 9.25 per cent and 9 per cent, respectively.
Vijaya Bank:
♦ Headquarters: Bengaluru.
♦ CEO: R. A. Sankara Narayana.
♦ Tagline: A Friend you can Bank upon.

Rs 9,200 crore order to BEL for supply of 7 LRSAM; totaling order book to Rs.50000 for the financial year
On September 7, 2018, defence PSU Bharat Electronics Limited for the first time has bagged an order worth Rs 9,200 crore for supply of 7 Long Range Surface-to-Air Missile (LRSAM) systems.
This is the highest-ever single value order bagged by BEL. i. This order came from Mazagon Dock Limited (MDL) and Garden Reach Shipbuilders and Engineers (GRSE) for supply of the LRSAM systems to be fitted on board seven ships.
ii. This contract has pushed the order book of Bharat Electronics Ltd beyond Rs 50,000 crore for the first time in a single financial year.
Other news:
i. It is also working on programmes such as

Background:
BEL is the lead integrator of Akash Missile system and Turnkey Missile Systems.
BEL:
♦ Headquarters: Bengaluru.
♦ It is one of nine PSUs under the Union Ministry of Defence of India.

SpyLite mini UAV systems to be supplied by Cyient JV to Indian Army
On September 7, 2018, Cyient Solutions & Systems (CSS) has received an order from Indian Army to supply SpyLite mini UAV (unmanned aerial vehicle) systems for high altitude aerial surveillance.
About SpyLite:
i. It is an advanced, electric, mini unmanned aerial vehicle (UAV).
ii. It can be further optimized to offer covert, extended range real-time visual intelligence.
iii. The important features of  the UAV is:

About CSS:
It is a joint venture between Cyient and Israel’s BlueBird Aero Systems.
Founded: 2017.

Ashwani Bhatia appointed as MD, CEO of SBI Mutual Fund
On September 7, 2018, SBI Mutual Fund appointed Ashwani Bhatia as Managing Director and Chief Executive Officer.
i. She replaced Anuradha Rao who returned to State Bank of India (SBI) as Deputy Managing Director.
ii. Prior to this Bhatia was in charge of revamping the credit structure and processes of the bank.
iii. He has also been associated with SBI Capital Markets Limited, as President & Chief Operating Officer and Whole-Time Director.
SBI Mutual Fund:
SBI Mutual Fund has an assets base of Rs 2,33,11 crore. 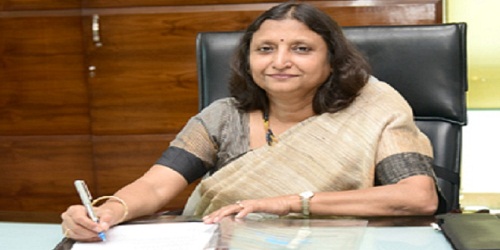 i. She replaced B Sriram, who took over as the MD and CEO of IDBI Bank.
ii. Prior this appointment, Kant was the bank’s Deputy Managing Director.
iii. With this appointment SBI now has four MDs – PK Gupta, DK Khara and Arijit Basu.
SBI:
♦ Headquarters: Mumbai.
♦ Chairman: Rajnish Kumar.
♦ MD: Arijit Basu.
♦ Tagline: With you all the way, Pure Banking Nothing Else, The Nation’s banks on us.