We are here for you to provide the important current affairs September 5 2018 which have unique updates of all daily events from all newspapers such as The Hindu, The Economic Times, PIB, Times of India, India Today, Indian Express, Business Standard, all Government official websites. Our complete current affairs helps you to get more marks in Banking, insurance, UPSC, SSC, CLAT, Railway and all other competitive Exams. 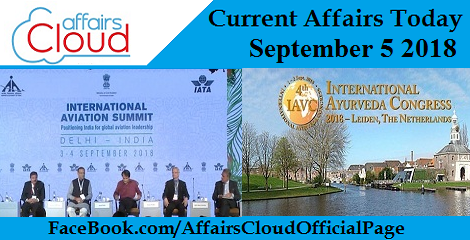 International Aviation Summit:
i. Organized by: India’s Ministry of Civil Aviation (MoCA), the Airports Authority of India (AAI) and (International Air Transport Association) IATA to commemorate the 50th consecutive month of double-digit market growth in India.
ii. Focused on: growth and challenges for Indian aviation Industry in the next 20 years and maximizing the economic and social benefits of the potential growth.
iii. Discussions were held on:

iii. This will act as a guidance for the Union and state governments to act by in the case of health protection of the patients.
iv. It has been published as per the recommendations of the National Council of Clinical Establishments, a statutory body under Clinical Establishments Act.
National Human Rights Commission (NHRC):
CEO and Secretary General: Shri  Ambuj Sharma.
Union Health Ministry:
♦ Union Minister: Jagat Prakash Nadda.
♦ Minister of State: Anupriya Patel , F.S. Kulaste.

MP cabinet hikes ex-gratia to kin of deceased journalists
On September 5, 2018, Madhya Pradesh government in its cabinet meeting decided to increase the ex-gratia to be paid to the kin of deceased journalists.
i. It has been increased to Rs.4 lakh from Rs.1 lakh.
ii. Also, 5 per cent interest subsidy will be given for a period of five years on housing loan up to Rs 25 lakh to deceased journalists from the current financial year (from April 2018).
iii. In case of damage to vehicles or cameras, the government would give Rs 50,000 as compensation amount to journalists/cameramen.
Other News:
To implement the benefits of the Seventh Pay Commission from January 1, 2016, the total amount will be paid in one installment and deposited in GPF accounts of the government college teachers.
Madhya Pradesh:
♦ Capital: Bhopal.
♦ Governor: Anandiben Patel.
♦ National Parks: Madhav National Park, Kanha National Park, Bandhavgarh National Park, panna National Park. 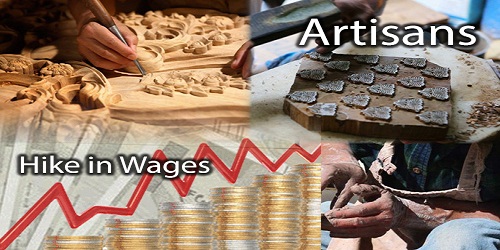 i. This was proposed by Khadi and Village Industries Commission (KVIC).
ii. The wages will be increased from Rs 5.50 per hank previously to Rs 7.50 per hank.
iii. This will be implemented with effect from August 15, 2018 along with modified market development assistance (MMDA).
iv. The MMDA specifies that :

iv. Other provisions (for government schemes) are:

Indo-Kazakhstan Joint Exercise KAZIND 2018 commenced in Kazakhstan
On September 5, 2018, the Ministry of Defence announced the commencement of the Indo-Kazakhstan Joint Army Exercise ‘KAZIND’ between the Indian and Kazakhstan Army from 10 to 23 Sep 2018 in Otar region, Kazakhstan.
i. This is the third joint military exercise between the two countries.
ii. The second edition was held in India in 2017.
Kazakhstan:
♦ Capital: Astana.
♦ Currency: Kazakhstani tenge.
President: Nursultan Nazarbayev. Objective:
Aimed at promotion and propagation of Ayurveda.
Key Points:
i. This Congress has been organized by

S&P BSE Private Banks Index launched by Asia Index Pvt. Ltd.
On September 5, 2018, Asia Index Pvt Ltd launched S&P BSE Private Banks Index to measure the performance of private banks.
i. It is drawn from the constituents of the S&P BSE Finance Index, the Asia’s oldest exchange.
ii. This index would measures the performance of private banks listed in India.
iii. The index is calculated in Indian Rupees and US Dollar and is calculated real-time by BSE.
About Asia Index Pvt Ltd:
♦ It is a 50:50 joint venture between S&P Dow Jones Indices and BSE Ltd.
♦ Headquarters: Mumbai.

Trade Finance Scorecard: new tool of ADB to boost access to trade finance and prevent terror finance
On September 5, 2018, the Asian Development Bank (ADB) launched its first Trade Finance Scorecard, a new tool to address market and boost trade finance.
Objective:
To prevent money-laundering and terrorism.
Key Points:
About the Scorecard:
i. It will open a channel of dialogue among stakeholders to prevent terror financing.
ii. It would focus on:

iii. It will be assessing based on 2 level:

iv. The scorecard will based on feedback from industry leaders and regulators.
v. It will be in line with the recommendations against money laundering and terrorist financing by the Financial Action Task Force.
Backgroud:
This will be done to address the market gaps of $1.5 trillion globally for trade finance. These are guidelines helpful for assessing especially small and medium-sized businesses and companies in developing countries.
ADB:
♦ Headquarters: Manila, Philippines.
♦ President: Takehiko Nakao.

Rs 3,000 crore worth tax money achieved from Advance Pricing Agreements with MNCs: CBDT
On September 5, 2018, the Central Board of Direct Taxes (CBDT) released its annual report on additional tax from MNCs through 219 APAs(199 unilateral and 20 bilateral).
i. In FY18, MNCs have acquired an extra income of Rs 10,000 crore, translating into a tax of Rs 3,000 crore.
ii. Between FY06 and FY15, around Rs 2.6 lakh crore were added to MNCs.
iii. In case of rate of pacts made in 2018 it has slowed down to 67 APAs in 2018 compared to 88.
APAs:
APAs are primarily aimed at avoiding transfer pricing disputes arising from cross-border transactions undertaken by MNCs. It is an ahead-of-time agreement between a taxpayer and a tax authority.
CBDT:
♦ Headquarters: New Delhi.
♦ Chairperson: Sushil Chandra.

National Clean School Award 2018: Puducherry topped the award list with 7 schools
On September 5, 2018, Union Ministry of Human Resource Development launched the National Clean School Award 2018 prepared by National Institute of Cleanliness Education and Research (NICER).
It is a compilation of 52 schools out of 721 schools based on the cleanliness factor.
Highlights:
i. Puducherry tops the list of the rankings by having 7 schools in the award list for cleanliness.
ii. The Government Primary School, Kunichampet, topped the list with 100% marks.
iii. The Headmistress and  a student ambassador will be given a certificate and cash reward of Rs.50000 from the HRD Minister Prakash Javedkar.
iv. Three schools each of the states Jharkhand, Haryana, Maharashtra and Rajasthan made it to the list.
v. The Department of School Education nominated 20 schools for the award based on the following factors:

About National Clean School Award:
It is under the Swachh Bharat Swachh Vidyalaya initiative which was launched in 2014. 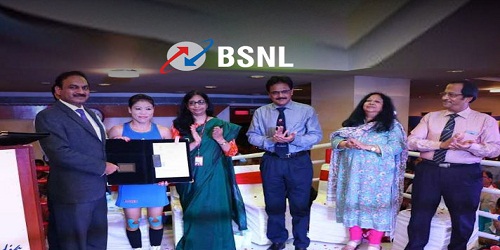 i. The deal has been made for a period of 2 years.
ii. Rs 30 lakh will be spent during this period on brand promotion.
BSNL:
♦ Headquarters: New Delhi
♦ Founded: 2000.
♦ CEO: Shri Anupam Shrivastava

Indian Navy wins KAKADU-18 Cup in Australia
On September 5, 2018, the Indian Navy has won the coveted KAKADU Cup 2018 in Australia while taking part in the KAKADU multilateral maritime exercise.
i. It was held in the coast of Darwin with 3000 personnel from 27 countries.
ii. From the Indian side INS Sahyadri  took part on the exercise.

Former India pacer RP Singh announces retirement from cricket
On 4th September 2018, former India pacer Rudra Pratap Singh announced his retirement from all forms of cricket.
Retirement of RP Singh:
i. RP Singh is 32 years old. He hails from Uttar Pradesh. He is a left arm fast bowler.
ii. He made his first debut for Indian team on 4th September 2005. He had played 14 Tests, 58 one-day internationals and 10 Twenty20 Internationals for India.
iii. He has played 82 matches in all three formats of cricket and has taken more than 100 wickets. He has also played in Indian Premier League (IPL).He won ‘Man of the Match’ award for scalping a five-wicket haul on a flat track during his debuted match against Pakistan in Faisalabad in 2006. 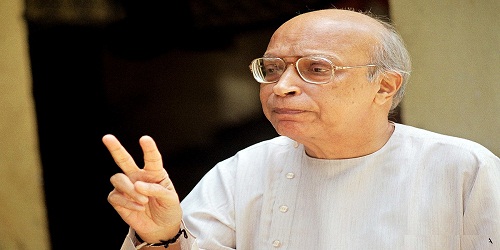 Death of Bhagwati Kumar Sharma:
i. Bhagwatikumar Sharma was 84 years old. He was born in May 1934. He had written novels, short stories, poetries, essays and articles.
ii. He had won several awards like the Sahitya Akademi Award (1988), Ranjitram Suvarna Chandrak (1984), Sahityaratna Award from Gujarat Sahitya Akademi etc.
iii. In 1999, he received a Doctorate of Literature by Veer Narmad South Gujarat University.
iv. In 2011, he received the Harindra Dave Memorial Award for journalism and the Vali Gujarati Gazal Award for his contribution to literature.