We are here for you to provide the important current affairs September 4 2018 which have unique updates of all daily events from all newspapers such as The Hindu, The Economic Times, PIB, Times of India, India Today, Indian Express, Business Standard, all Government official websites. Our complete current affairs helps you to get more marks in Banking, insurance, UPSC, SSC, CLAT, Railway and all other competitive Exams. 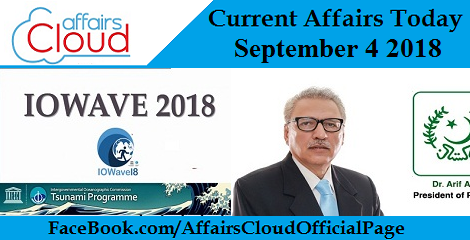 NITI Aayog expert group submits ‘Inventory and Revival of Springs in the Himalayas for Water Security’ report & urges plan to save springs in Himalayas
An expert group that was formed by NITI Aayog has urged the government to set up a dedicated mission to save spring water systems in the Himalayan States.
Key Points:
i.A Working Group on “Inventory and Revival of Springs in the Himalaya for Water Security” was constituted by NITI Aayog on 2nd June 2017, with Department of Science and Technology (DST) as the lead institution and Dr. Akhilesh Gupta, Adviser, DST, as the convener to finalize a report.
ii.The group submitted a report titled ‘Inventory and Revival of Springs in the Himalayas for Water Security.’
iii.The report stated that, nearly 60% of low-discharge springs that supplied water to small habitations in the Himalayan region have declined in the past 20 years.
iv.In May 2018, several districts of Himachal Pradesh including Shimla faced severe drinking water crisis, as major water sources dried out fully or partially.
v.Nearly, 64% of the cultivable area in the Himalayas is supplied water by natural springs.
vi.Meghalaya has the highest number of these water sources in the Eastern Himalayan States, with 3,810 villages having springs. Sikkim has the greatest density with 94% of its villages having a spring.
vii.In the Western Himalayas, Jammu & Kashmir had the highest number of villages (3,313) with springs and the highest density of 50.6%.
Recommendations by NITI Aayog expert group:
The group has recommended an 8-year programme to overhaul spring water management. This includes: Conference on E-Mobility in Indian Railways:
i. The conference was held to discuss strategies for future of mobility in India and to make Indian Railways more efficient, greener and a preferred mode of transport. It acted as a common platform for project developers and other stakeholders.
ii. Minister of State for Railways, Manoj Sinha was the chief guest of the conference. Minister of State for Railways, Rajen Gohain, was the Guest of Honour.
iii. This conference was conducted by Indian Railways, in partnership with NITI Aayog, as part of the ‘Mobility Week’observed from 31 August to 6 September 2018.
About NITI Aayog:
♦ CEO – Amitabh Kant
♦ Headquarters – New Delhi

Coffee Connect:
i. This app will simplify the work of field functionaries and enhance work efficiency. It will also improve transparency in the activities of the extension officers and officials, subsidy disbursement and real time report generation.
ii. It uses latest technology to ease field activities like digitization of Coffee Growers & Estates with Geo Tagging, collecting the Plantation details etc.
Coffee KrishiTharanga:
i. This service aims to offer customized information and services to increase productivity, profitability, and environmental sustainability. These services are two ways, 24 X 7 service supports.
ii. This service is pilot tested in the Chikmagalur and Hassan districts of Karnataka, involving 30,000 farmers in the first year. It will be extended to other farmers also in a phased manner.
iii. This pilot project has been partly funded by NABARD (National Bank For Agriculture And Rural Development).
Other launches:
Coffee Board along with EKA Analytics has developed the hyper local weather forecast, pest identification and leaf rust disease forecast applications for pilot testing.
Coffee Cultivation in India:
Traditional coffee cultivation areas comprise: Karnataka (54%), Kerala (19%) and Tamil Nadu (8%)
Non-traditional cultivation areas: Andhra Pradesh & Odisha (17.2%) and North Eastern states (1.8%) About the exercise:
i. It is a major Indian ocean-wide tsunami mock drill consisting of evacuation of residents of coastal areas.
ii. It is a part of the Indian Ocean Tsunami Ready (IOTR) programme by UNESCO.
The 2018 version of the IOWave18:
i. It is being organized by Intergovernmental Oceanographic Commission (IOC) of UNESCO.
ii. In the 2018 version, India along with 23 nations are participating in it.
iii. The IOTWMS Tsunami Service Providers (TSP) of Australia, India and Indonesia will provide exercise bulletins and detailed tsunami threat advice on their password-protected websites.
iv. It will have 2 types of situations: 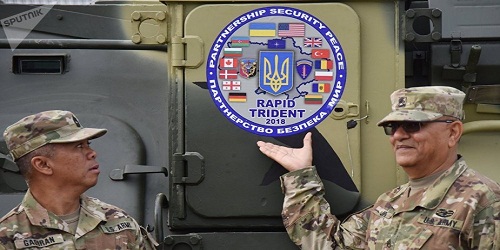 i. It is a battalion-level field training exercise for a hybrid war situation.
ii. For 2018, for the first time Ukrainian Border Guard Service and National Guard troops will participate in it.
iii. Along with that, around 2,200 soldiers from 14 countries are participating in it.
Other news:
It is being conducted week before Russia holds its biggest military exercise Vostok-2018.
NATO:
♦ Headquarters: Brussels, Belgium.
♦ Membership: 29.
Ukraine:
♦ Capital: Kiev.
♦ Currency: Ukrainian hryvnia.
♦ President: Petro Poroshenko.

RBI implemented the ‘Internal Ombudsman Scheme, 2018’ ; directed banks with over 10 branches to have IO
On September 4, 2018, the Reserve Bank of India directed all scheduled commercial banks with more than 10 branches to appoint an internal ombudsman.
i. Regional rural banks are not included in this directive.
ii. This was done to ensure that the complaints of the customers are redressed.
iii. This was done under the ‘Internal Ombudsman Scheme, 2018’ which gives ombudsman statutory powers under section 35 A of the Banking Regulation Act, 1949.
iv. According to the scheme:
About Internal Ombudsman:

HDFC ERGO launches “[email protected]” Cyber Insurance Policy for individuals
On 4th September 2018, HDFC ERGO General Insurance Company announced the launch of ‘[email protected]’, a Cyber Insurance Policy for individuals.
[email protected]:
i. [email protected] policy offers comprehensive protection to individuals and their families including children, against cyber-attacks, cyber frauds or digital threats that might cause financial loss or reputational loss.
ii. This policy offers protection against cyber risks and frauds performed from any device and from any location of the world.
iii. Cyber risks like unauthorized online transactions, phishing and email spoofing, e-extortion, identity theft, damage to e-reputation and cyber-bullying are covered.
iv. The policy also pays for legal cost and expenses and legal advice obtained by the insured in case of a legal dispute caused due to specified risks.
v. It also covers the expenses for counseling sessions with a psychologist due to traumatic stress caused by cyber-bullying or harassment. The sum assured for the cover is between: Rs. 50,000 to Rs. 1 crore.
About HDFC ERGO General Insurance Company:
♦ India’s third-largest non-life insurance provider in the private sector
♦ MD & CEO – Ritesh Kumar

Paytm Money App For Mutual Funds Launched with SIPs starting at just Rs 100
On 4th September 2018, Paytm Money Ltd has launched its app for mutual fund investments. It has partnered with 25 asset management companies including all large fund houses,  that cover around 90% of the industry’s 22 trillion worth of assets under management. 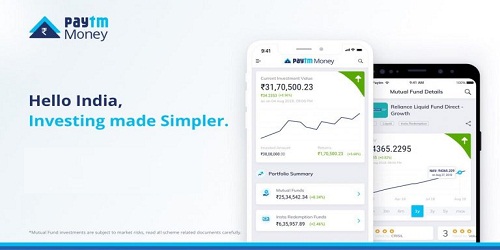 i. Paytm Money Ltd, the wholly-owned subsidiary of One97 Communications Ltd targets to sell mutual fund to around 25 million people in the next three to five years.
ii. Paytm Money will sell only direct plans of all mutual fund schemes. Direct plans come with a lower expense ratio as they do not have distributor commissions embedded in them.
iii. The company is providing systematic investment plans (SIPs) for as low as Rs 100 in some of the schemes.
iv. Investors must complete Know Your Customer (KYC) formalities and create their risk profiles, which is stored in the app. These will be displayed every time the investor checks out a scheme, before actually buying it.
v. This money is being invested in technology, development of products, design, engineering and setting up the entire function. 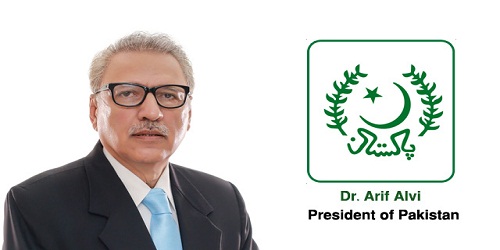 i. She had won 6 medals which is the most for a female athlete at a single Game.
ii. She will get a trophy and a cheque for $50,000.
iii. She became the fourth Japanese athlete to win the award since it’s inception at the 1998 Bangkok Games.
iv. Only North Korean shooter So Gin-man, who won seven golds and a a silver at New Delhi in 1982, has won more titles at one Asian Games.
Other awards :
The Olympic Council of Asia had given awards to 7 people who covered official theme song of Asian Games 2018, Meraih Bintang, in multiple languages.

National Nutrition Week -1st to 7th September
National Nutrition Week is observed every year from 1st to 7th September all over the country to spread awareness regarding importance of nutrition.
Objective:-  To evaluate the appropriate techniques to prevent and control the nutritional problems through deep research and monitor the condition of the country for the diet and nutrition.To aware people through the orientation training about health and nutrition.
Theme of the year 2018 is – ‘Go Further With Food’
i. Macrobiotics involves eating mostly organic and locally grown food products. The foods that are included in this diet are vegetables, whole grains, fruits, vegetables, nuts and seeds.
ii. Small amounts of fish and meat are allowed, occasionally. Its focus on eating more vegetables does make it a great option for people with high cholesterol, blood pressure and diabetes.
History of National Nutrition Week:-
The campaign was first started by the central government in the year 1982 in order to encourage the good health and healthy living through the nutrition education as the malnutrition is the main obstruction to the National Development.
Themes of National Nutrition week  to recollect:-
♦ The theme of 2015 was “Better Nutrition: Key to Development”.
♦ The theme of 2016 was “Life cycle approach for better Nutrition”.
♦ The theme of 2017 was “Optimal Infant & Young Child Feeding Practices: Better Child Health”.