Dr. D. P. Rastogi Central Research Institute for Homeopathy has been instigated by Shri Shripad Yesso Naik (Minister of State for AYUSH (Independent Charge) and Health and Family Welfare) in Noida, Uttar Pradesh for carrying out advanced research in homeopathy.

PUBLICATIONS BY COUNCIL OF HOMEOPATHY

Government has given nod to the formation of Indian Skill Development Service (ISDS) as a technical body under the Ministry of Skill Development & Entrepreneurship (MSD&E). It aims to improve the skill development administration in the country.

India targets to skill 500 million people by 2022 in both organized and unorganized sectors to improve economic growth of India.

India to be in Top-3 pharma manufacturing countries by 2020

–        Re-constituted Surya Kiran Aerobatic Team (SKAT) which showcased for the first time as it was disbanded four years ago due to shortage of aircraft.

On the occasion of 83rd celebration of IAF, Chief Arup Raha has announced the planning to induct women into the fighter aircraft stream. Two defence panels has recommended against this induction.

SC Refuses to Modify Order Restricting Use of Aadhaar Cards

As a part of AMRUT scheme Andhra Pradesh has intended a plan for 31 cities and towns to meet the prescribed norms of urban area at an estimated cost of over Rs 28,756 crore. It also includes new capital city Amaravati.

The International Monetary Fund (IMF) has slits the global GDP growth forecast for the year from 3.3% to 3.1%

RBI CBS to be payment aggregator for GST

According to the finance Ministry Report Reserve Bank of India (RBI) can act as the aggregator of payments by using RBI’s core banking solution e-Kuber for the upcoming GST that is expected to be rolled out in April 1, 2016.

India’s Aditya Birla Group has announced its partnership with Dubai-based private equity firm Abraaj Group who will jointly infuse in renewable energy manifesto by building and operating new solar power plants in India on sidelines of solar energy target to 100 Gigawatt by 2022.

Raif Badawi who was sentenced with 1000 lashes in 2014 with 10 years of prison and fined more than $250,000 has honoured as the co-winner of PEN Printer Prize. He shared prize with British poet and literary critic James Fenton (former Oxford University professor).

48 years old Oscar-winning composer A.R. Rahman full name Allah-Rakha Rahman has been named the Cultural Ambassador for Seychelles for giving contribution in the enhancement of Seychelles’ Art and Development. 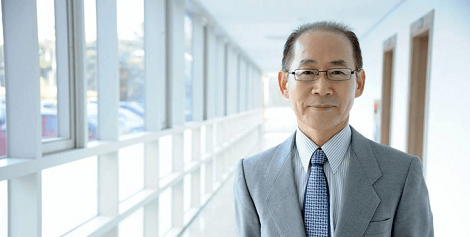 Intergovernmental Panel on Climate Change (IPCC) has designated South Korean Hoesung Lee as its fourth chairman during the 42nd session of IPCC summit in Dubrovnik, Croatia. He was elected by 78 votes. Earlier also he was involved with IPCC like in the Second Assessment Report of 1992 he Co-Chair Working Group III.

He will succeed Indian Rajendra Pachauri who resigned in February facing allegations of sexual harassment.

“Diesel Dupe” German Car Company Volkswagen has appointed Chief Financial Officer (CFO) Hans Dieter Poetsch as a chairman of Board of Directors. He will replace Ferdinand Piech who resigned in April.

Frank Witter will succeed his CFO position who was a former CEO of the Volkswagen Financial Services unit.

Owner of USA TODAY, Gannett Co has announced to acquire Newspaper Company Journal Media Group for about $280 million by which Media Company will get control of publications in more than 100 local markets of US. 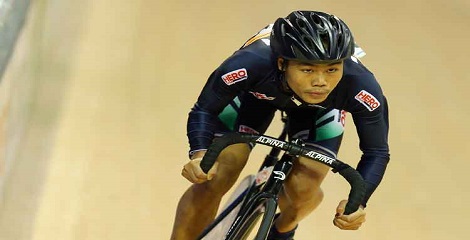 She became the first ever Indian cyclist to achieve top honors in women elite section by bagging gold, 3 silver medals and a bronze.

World sight day is observed on 8 October 2015. It is observed every year on the second Thursday of October.