The Belarusian writer Svetlana Alexievich has  won the 2015 Nobel Prize for Literature.

Her polyphonic writings, a monument to suffering and courage in our time made her to win the award. 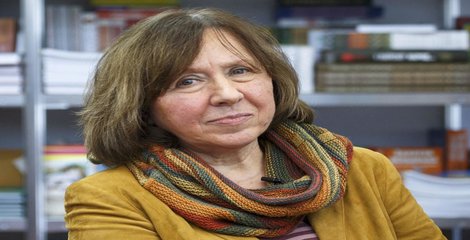