We are here for you to provide the important current affairs October 31 2017 which have unique updates of all daily events from all newspapers such as The Hindu, The Economic Times, PIB, Times of India, India Today, Indian Express, Business Standard, all Government official websites. Our complete current affairs helps you to get more marks in Banking, insurance, UPSC, SSC, CLAT, Railway and all other competitive Exams. Punjab CM constitutes committee under Randhir Singh for sports varsity in Patiala
On October 30, 2017, Punjab Chief Minister, Amarinder Singh constituted a steering committee under International Olympic Committee (IOC) member, Randhir Singh, to work out the modalities for setting up a sports university in Patiala.
More information about Committee for sports varsity in Patiala:
i. This committee has been set up under the aegis of the Sports and Youth Affairs Department.
ii. The committee also includes Olympian Pargat Singh, J S Narula – Former Vice Chancellor of Lakshmibai National University of Physical Education (LNIPE), Gwalior and Dr L S Ranawat – Former Vice Chancellor of Rajasthan Sports University.
iii. After studying the existing national and international models of Sports Universities, the committee will prepare a draft legislation which will be presented to the government.
iv. The committee will also spot suitable land and buildings in and around Patiala, which can be used for setting up the sports university.

India tops list of new TB cases in 2016 – WHO
According to ‘Global TB Report 2017’ released by World Health Organization (WHO), India has topped the list of seven countries, accounting for 64 per cent of the 10.4 million new tuberculosis (TB) cases worldwide in 2016.
i. In 2016, nearly 7 million people died from TB, marking a 4% drop as compared to 2015 report.
ii. In terms of new tuberculosis (TB) cases worldwide in 2016, India is followed by Indonesia, China, Philippines, Pakistan, Nigeria and South Africa……………………Click here to Read more

Life term for Govt officials indulging in torture, recommends Law Commission
On October 30, 2017, Law Commission of India has recommended that Indian Government should ratify a United Nations Convention against Torture in order to avoid difficulties in extradition of criminals from foreign countries.
i. Law Commission has stated that as India does not have a law preventing harsh treatment by authorities, quick extradition of criminals from foreign countries cannot be carried out. Most foreign countries follow specific laws which make ‘prevention of torture laws’ in the country seeking extradition as a pre-condition for extradition.
ii. It has been recommended that, if Indian Government ratifies the UN Convention Against Torture, than a bill should be passed by the parliament to amend various laws to prevent torture by government officials…………………………..Click here to Read more 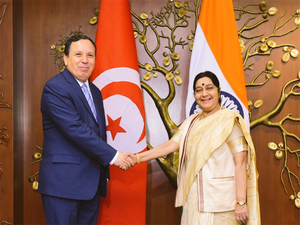 i. On October 30, 2017, Union External Affairs Minister, Sushma Swaraj co-chaired the 12th India- Tunisia Joint Commission Meeting with Tunisian Foreign Affairs Minister, Khemaies Jhinaoui.
ii. Besides conducting a review of bilateral tires, both  the ministers discussed regional and international issues of mutual interest.
iii. Both the ministers initiated a roadmap for India-Tunisia partnership in a bid to give a new impetus to bilateral relations between India and Tunisia.
iv. Six agreements in the fields of judicial cooperation, information and communications technology, cooperation in youth issues and trade and business, were also signed during this meeting.
v. A year-long festival of India in Tunisia and festival of Tunisia in India will be held in 2018, to celebrate the 60th Anniversary of establishment of diplomatic relations between the two countries.
Quick Facts about Tunisia:
♦ Capital – Tunis
♦ Currency – Tunisian dinar
♦ Current President – Beji Caid Essebsi

Government sets up Arun Jaitley led panel on PSU bank mergers
On October 30, 2017, Union Government set up an alternative mechanism panel headed by Finance Minister Arun Jaitley, to consider and oversee mergers among the India’s public sector banks.
i. Union Railway and Coal Minister, Piyush Goyal and Union Defence Minister, Nirmala Sitharaman are also the members of this alternative mechanism panel on PSU bank consolidation head by Mr. Arun Jaitley.
ii. It is expected that on account of merger, public sector banks will not only achieve economies of scale and operational efficiency but will be able to manage risks in a better way…………………………………….Click here to Read more 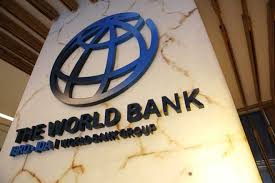 About Assam Agribusiness and Rural Transformation Project:
i. The $200 million from International Bank for Reconstruction and Development (IBRD) is for 16.5 yrs term and has a grace period of seven years.
ii. This project will not only increase agriculture productivity and market access, but will also help Assam Govt. to facilitate agri-business investments.
iii. With support from this project, small farm holders in Assam will be able to produce crops that are resilient to recurrent floods or droughts.
iv. This Project will be implemented in over 16 Districts of Assam, benefitting over 500000 farming households.
Quick Facts about Assam:
♦ Capital – Dispur
♦ Current Chief Minister – Sarbananda Sonowal
♦ Current Governor – Jagdish Mukhi

SBI-World Bank sanction Rs 2,317-cr for 575 mw rooftop solar projects
On October 30, 2017, State Bank of India (SBI) and the World Bank announced Rs 2317 crore credit facilities to seven companies to finance grid connected rooftop solar projects.
i. Seven corporate to which the credit facilities have been extended include Adani Group, Hinduja Renewables, JSW Energy, Tata Renewable, Azure Power, Cleantech Solar and Hero Solar Energy.
ii. These grid connected rooftop solar projects which will together generate 575 mw.
iii. As per the arrangement between World Bank and SBI, World Bank will provide dollar funding and based on that, SBI will provide rupee funding to companies.
iv. Under this arrangement, SBI has so far funded 43 projects worth Rs 2,766 crore which will add 695 mw of solar rooftop capacity to the grid.
v. Credit facility under this arrangement is being extended only to those companies which possess sound technical capacity, relevant experience and creditworthiness.
vi. SBI’s renewable energy loan portfolio currently stands at Rs 12,000 crore. 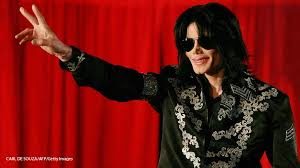 i. He was an American singer, songwriter, and dancer.  He was one of the most popular entertainers in the world, and was the best-selling music artist at the time of his death. Jackson’s contributions to music, dance, and fashion along with his publicized personal life made him a global figure in popular culture for over four decades.
ii. Late singer Michael Jackson has been named the highest-earning dead celebrity for the 5th consecutive year by Forbes list of top-earning dead celebrities. His earnings have been estimated to be $75 million (₹485 crore).
iii. Two other singers who have featured among the top five are Elvis Presley and Bob Marley, with earnings of $35 million (₹226 crore) and $23 million (₹148 crore) respectively.
iv. Forbes says Jackson’s earnings are boosted by a new greatest hits album, a Las Vegas Cirque du Soleil show and a stake in the EMI music publishing catalogue.
Michael Jackson
♦ Born – Aug 29, 1958
♦ Died – June 25, 2009
♦ Place – Gary, Indiana, US 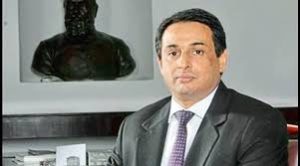 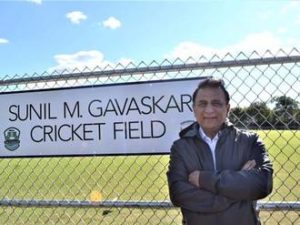 ERO-Net launched in Rajasthan
On 30th October 2017, Rajasthan’s Chief Electoral Officer Ashwini Bhagat launched the Election Commission’s web-based project, ERO-Net, using which voters can register their names on electoral rolls.
ERO-Net:
i. Till now, the Electoral Roll Management System (ERMS) software was being used to make voter lists. It could not identify multiple entries of a voter.
ii. ERMS software has been replaced with ERO-Net, which is a transparent mechanism to identify whether the voter was listed anywhere in the country.
iii. Using ERO-Net, people can register their names on electoral rolls, rectify the details of their voter identity card, and transfer their names to another constituency online.
iv. Voters can see their registration details on the official website of the state chief electoral officer (http://ceorajasthan.nic.in) or through an SMS.
About Rajasthan:
♦ Capital – Jaipur
♦ Governor – Kalyan Singh
♦ Chief Minister – Vasundhra Raje

West Bengal to lease land for football centre to AIFF for Rs 1
On 30th October 2017, the West Bengal cabinet decided to provide a 15 acre land to the All India Football Federation (AIFF) on lease for Rs 1 to help set up the National Centre of Excellence.
West Bengal to lease land for AIFF for Rs 1:
i. The West Bengal cabinet has decided to give 15 acre of land to the AIFF for 90 years on an exchange of Rs 1 only.
ii. AIFF President Praful Patel has said that, a National Centre of Excellence for football will be set up with the land, at Rajarhat New Town in Kolkata, with help from the FIFA.
iii. The national senior men’s and women’s football team and the age group teams will be housed in this centre.
About All India Football Federation (AIFF):
♦ Purpose – governing body of association football in India
♦ Headquarters – Dwarka Sub City, Delhi
♦ President – Praful Patel 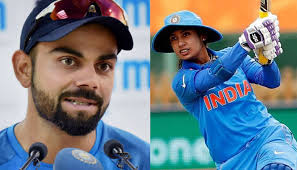 Mithali Raj
i. Mithali has 753 points, while Perry and Satterthwaite are on 725 and 720 points respectively.
ii. Ellyse Perry of Australia and Amy Satterthwaite of New Zealand also jumped one place each to be at second and third spots while Meg Lanning of Australia has dropped from first to fourth after missing the series against England due to injury.
iii. Earlier in the year, Mithali became the first batswoman to score 6000 runs in One-Day Internationals during India’s World Cup league game against Australia. With the win, she became the leading run-scorer in women’s cricket having overtaken Charlotte Edwards of England.
iv. In fact, Mithali started the World Cup with a bang by becoming the first woman in cricket history to hit seven consecutive fifties in ODIs, when she scored 71 off 73 balls against England in the World Cup opener.
Virat Kohli
i. Indian cricket team’s captain ViratKohli reclaimed the top spotwith a career-best 889 points.
ii. Kohli overtook South Africa’s AB de Villiers in the rankings after his achievement on Sunday in the final ODI against New Zealand when the Indian captain surpassed de Villiers to become the fastest to 9000 ODI runs in 194 innings, 11 lesser than the South African.
iii. Kohli, who scored 263 runs in the series against New Zealand including knocks of 121 in the first ODI in Mumbai and 113 in the final ODI in Kanpur, has reached 889 points, which is the best-ever by an India batsman.
iv. The previous highest points tally of 887 was managed by Sachin Tendulkar in 1998 and by Kohli this year.
v. In the decider against New Zealand, Kohli also became the first batsman to score 2000 international runs in 2017, beating the likes of South Africa’s Hashim Amla (1988 runs). 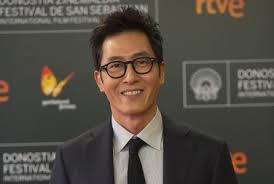 Death of Kim Joo-hyuk:
i. Kim Joo-hyuk is a South Korean actor. He had won Best Supporting Actor Award recently, at the inaugural Seoul Awards. He died in a car crash in Seoul. He was 45 years old.
ii. Kim was driving a Mercedes-Benz SUV that clipped the car ahead of him, overturned and crashed into an apartment and caught fire. He was taken to Konkuk University Hospital, where he died on 30th October 2017. Police have been investigating the accident.
iii. He is known for films like Yourself and Yours, The Servant and My Wife Got Married, and several TV series.
About Kim Joo-hyuk:
♦ Occupation – Actor
♦ Country – South Korea

Writer and journalist Khadri Achyuthan dies at 71
On 29th October 2017, veteran Kannada writer and journalist Khadri Achyuthan died after a brief period of illness, in Bengaluru, Karnataka.
Death of Khadri Achyuthan:
i. Khadri Achyuthan was 71 years old.  He died on 29th October 2017 after a brief period of illness.
ii. His contribution to the development of Kannada television news is enormous. He has also contributed to the coinage of new Kannada words.
iii. He is a veteran print and broadcast journalist, author, academic and translator of various literary works. He was the former Doordarshan news director in the Bengaluru Kendra.
iv. He has written a book in Kannada on ISRO. He has worked on Kannada translations of Sardar Patel and Dr Ambedkar.
About Khadri Achyuthan:
♦  Occupation – journalist, author and translator
♦  Language – Kannada