We are here for you to provide the important current affairs November 21 2017 which have unique updates of all daily events from all newspapers such as The Hindu, The Economic Times, PIB, Times of India, India Today, Indian Express, Business Standard, all Government official websites. Our complete current affairs helps you to get more marks in Banking, insurance, UPSC, SSC, CLAT, Railway and all other competitive Exams. 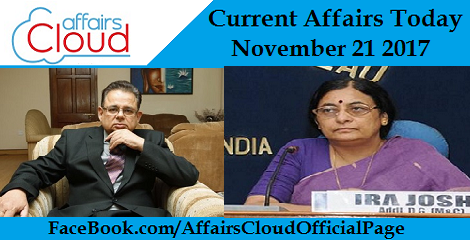 First India-Myanmar bilateral military exercise 2017(IMBAX – 2017) begun on November 20, 2017 in Umroi in Meghalaya. IMBAX-2017 will continue till November 25, 2017.
More Information about IMBAX-2017:
i.This exercise is being held to train Myanmar’s army delegation for participation in United Nations Peacekeeping Operations (UNPKO).
ii.IMBAX-2017 is being conducted at the recently created Joint Training Node of the Indian Army at Umroi, which is situated 30km away from Meghalaya capital’s Shillong.
iii.15 officers from Myanmar Army and 16 officers from the Indian Army are taking part in IMBAX-2017.
iv.As Indian Army contingents have rich experience of serving in UNPKO,  Indian Army officers taking part in IMBAX-2017 will impart training to Myanmar Army delegation on the tactics, procedures, expertise and methodology to be adopted by contingent of member nations while taking part in UNPKO.
Quick Facts about Myanmar:
Capital – Naypyidaw
Currency – Burmese kyat
Current President – Htin Kyaw
Important River – Irrawaddy

FOGSI launches ‘Manyata’ movement for quality maternal care in India
On November 20, 2017, Federation of Obstetric and Gynecological Societies of India (FOGSI) launched ‘Manyata’, a nationwide movement emphasising the need for quality care for mothers during and immediately after childbirth.
More Information about ‘Manyata’:
i.FOGSI has launched ‘Manyata’ in partnership with MSD for Mothers, MacArthur Foundation and Jhpiego (a non-profit health organsiation affiliated of Johns Hopkins University).
ii.The movement was flagged off by Bollywood actress Shilpa Shetty and Maharashtra’s Minister of Rural Development, Women and Child Welfare, Pankaja Munde.
iii.It is to be noted that, for women, risks of life-threatening complications are the highest during and immediately after childbirth.
iv.In India, every year, nearly 45,000 women die during childbirth due to reasons which are preventable if quality care is provided.
v.The movement is aimed at cultivating a mindset that mothers are as important as their babies and access to minimum quality care is her basic right.
vi.Under this movement, private maternity providers will be encouraged and assisted to adopt recognized standards for excellence in maternity services. Facilities that meet these stipulated standards will be assessed and will be awarded ‘Manyata’ certification.
vii.Currently, providers in Uttar Pradesh, Jharkhand and Maharashtra can seek assessment for ‘Manyata’ certification. Gradually it will be rolled out across India.

Maharashtra sets up Gender Budget cell for WCD
Maharashtra’s Minister for Finance and Planning, Sudhir Mungantiwar has announced to set up Gender Budget Cells in his ministry for improving coordination and implementation of various schemes of Women and Child Welfare department (WCD) with other government departments.
More Information about Gender Budget Cell for WCD:
i.The Gender Budge Cell will not only ensure quality and effective implementation of WCD schemes but shall also strive to improve its outcome.
ii.It has been decided that Inter-departmental committees will be set up among the concerned departments and each administrative department will have a nodal officer to monitor the implementation of the schemes of WCD.
iii.Currently, at least 30 per cent of allocation in various schemes of WCD like animal husbandry is earmarked for women.
Quick Facts about Maharashtra:
Capital – Mumbai
Current Chief Minister – Devendra Fadnavis
Current Governor – C Vidyasagar Rao
Important National Park – Sanjay Gandhi National Park

Shia Waqf Board headed by Wasim Rizvi proposes building Ram Temple in disputed Ayodhya land and mosque in Lucknow
On 20th November 2017, the UP Shia Central Waqf Board (UPShCWB), unveiled a proposed solution for an out-of-court settlement of theRamjanmabhoomi-Babri Masjid case: a Ram temple at the disputed site in Ayodhya and a mosque in Lucknow.
Ram Temple in disputed Ayodhya land and mosque in Lucknow:
i.Shia board chairman Waseem Rizvi said they were in favour of a grand Ram temple at the disputed Ayodhya land, reiterating that the board was the rightful and only claimant to the land on which the demolished Babri mosque once existed.
ii.The Shia Board said the state government may in turn allot one acre of land for a mosque for Shia Muslims in Lucknow’s Husainabad area.
iii.An application seeking permission to file the said settlement proposal has been submitted by the UPShCWB in the Supreme Court.
Some temples of Uttar Pradesh:
Chandrika Devi Temple, Lucknow
Bhandari Devi temple, Ahraura
Dashavatara Temple, Deogarh
Sankat Mochan Hanuman Temple, Lucknow

Tribal festival Parab takes off in Koraput, Odisha
On 19th November 2017, Parab-2017, the annual cultural festival of Odisha’s Koraput district, showcasing the tribal art and culture, started.
Parab 2017:
i.Parab 2017 started from the shrine of goddess Sankulai Devi of B Singhpur under Borigumma block, with a tribal dance. The objective of this festival is to protect and promote the region’s rich cultural heritage.
ii.Congress chief whip in Odisha Assembly Tara Prasad Bahinipati and Koraput MP Jhina Hikaka performed the first ritual. This festival will go on till 20 December 2017.
iii.As a part of Parab, Rahgiri would be organised at Jeypore in the name of Saheed Laxman Nayak Pathoutsav on 26 November and 17 December 2017. This would include competitions and cultural programmes.
iv.A five-day Pallishree Mela will be organised on 21 December 2017, where a variety of handicraft items will be displayed.
Other festivals celebrated in Odisha:
Durga Puja – 10-day-long festival in the month of September or October
Kumar Purnima – primarily celebrated by unmarried girls who pray for a handsome husband
Prathamastami – households pray for the long life of the first borns 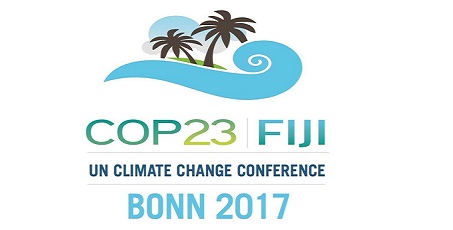 2017 United Nations Climate Change Conference, which incorporated the twenty-third Conference of the Parties (COP23), the thirteenth meeting of the parties for the Kyoto Protocol (CMP13) and the second meeting of the parties for the Paris Agreement (CMA2) concluded on November 18, 2017 in Bonn, Germany. The conference concluded with ‘Talanoa Dialogue’, a year-long process to assess countries’ progress on climate actions.
Highlights of 2017 United Nations Climate Change Conference:

Mastercard, Mswipe tie-up to strengthen digital payment acceptance in India
Mswipe, a domestic maker of Point of Sale (PoS) terminals, has partnered MasterCard to digitise merchant acquisition and can now enable a shopkeeper anywhere in India to acquire a card swipe machine.
Mastercard, Mswipe tie-up:
i.At present, merchants need to sign physical agreements and, in some cases, open new current accounts to become part of a credit card network.
ii.Mswipe will enable a merchant to complete the ‘know-your-customer’ (KYC) requirement using a mobile application that will scan documents and use complex software to compare these with government databases, including the income tax department’s Permanent Account Number (PAN) database and the Shops and Establishments database.
iii.This solution to digitally validate and authenticate KYC documents has been developed by Bengaluru-based startup Signzy.
About Mastercard:
Headquarters – New York
President & CEO – Ajaypal Singh Banga
Chairman – Richard Haythornthwaite

India, World Bank ink $100-million loan agreement for solar parks
On November 20, 2017, India and the World Bank signed a $100-million loan and grant agreement for increasing solar power generation capacity in India.
More Details about India – World Bank $100-million loan agreement for solar parks:
i.Fund procured through this loan for “Shared Infrastructure for Solar Parks Project” will be deployed for financing solar parks across India.
ii.The agreement comprises a $75-million loan from the International Bank for Reconstruction and Development (IBRD), a $23-million loan from the Clean Technology Fund (CTF) and $2 million as interest-free grant from CTF.
iii.Funding through these loans/grants will be instrumental in executing Indian government’s plan to install 100 gigawatt (GW) of solar power out of a total renewable energy target of 175GW by 2022.
iv.First two solar parks to receive funding under this agreement are in Rewa and Mandsaur districts of Madhya Pradesh. These plants will have targeted installed capacities of 750MW and 250MW respectively.
v.Other solar parks in Odisha, Chhattisgarh and Haryana will also be offered supported under this agreement in future. On 21st November 2017, India’s nominee to the International Court of Justice (ICJ) Dalveer Bhandari was re-elected to the last seat of the world court.
Dalveer Bhandari re-elected as Judge in ICJ:
i.India’s Dalveer Bhandari, has been re-elected to the International Court of Justice (ICJ), winning the last seat, for which elections were held, after Britain pulled out its candidate Christopher Greenwood before the 12th round of voting.
ii.For 11 rounds, the two were locked in a stalemate with Justice Bhandari getting majority support in the United Nations General Assembly and Justice Greenwood in the UN Security Council.
iii.Dalveer Bhandari received 183-193 votes in the General Assembly and secured all the 15 votes in the Security Council after separate and simultaneous elections were held at the UN headquarters in New York.
About International Court of Justice (ICJ):
Commonly referred to as the World Court
Location – The Hague, Netherlands
President – Ronny Abraham

Professor Quarraisha Abdool Karim named as UNAIDS Special Ambassador
Associate Scientific Director of the Centre for the AIDS Programme of Research in South Africa (Caprisa) Professor Quarraisha Abdool Karim has been appointed UNAIDS Special Ambassador for Adolescents and HIV.
Quarraisha Abdool Karim – UNAIDS Special Ambassador for Adolescents and HIV:
i.The executive director of UNAIDS, Michel Sidibe, made this announcement in Cape Town during the launch of a new report by the body, Right to health.
ii.The Joint United Nations Programme on HIV/AIDS (UNAIDS), leads and inspires the world to achieve its shared vision of zero new HIV infections, zero discrimination and zero AIDS-related deaths.
iii.In 2013, Professor Quarraisha Abdool Karim, was awarded South Africa’s highest honour, the Order of Mapungubwe, for her contribution to the response to HIV.
iv.In her new role, she will focus on adolescents and HIV, while also championing the involvement of young women in science.
About Joint United Nations Programme on HIV and AIDS (UNAIDS):
Mission – to lead, strengthen and support an expanded response to HIV and AIDS
Executive Director – Michel Sidibe 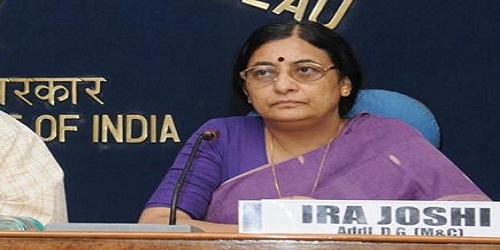 Beyonce tops Forbes list of highest-earning women in music
Beyonce has jumped from number 5 last year to clinch the top spot (number 1) in Forbes magazine’s 2017 list for the highest-paid women in music.
Beyonce – highest earning woman in music – 2017:
i.Beyonce’s most praised album “Lemonade,” her sixth No. 1 hit, and her subsequent Formation World Tour accounted for the bulk of the estimated $105 millionshe has earned between June 1, 2016, and June 1, 2017.
ii.This is nearly twice her $54 million last year or her $54.5 million the year before that. English singer Adele has secured the second position for the second year in a row, with an estimated $69 million. Last year’s topper, Taylor Swift, has scored $44 million and reached the 3rd position.
About Beyonce:
Occupation – Singer, songwriter, dancer, actress, record producer
Age – 36
Genres – R&B, pop On 19th November 2017, former Wimbledon champion Jana Novotna passed away peacefully after a battle with cancer.
Death of Jana Novotna:
i.Jana Novotna was 49 years old. She is former world number one in doubles and number two in women’s tennis singles.
ii.Novotna won 24 singles titles in a 14-year career on the professional circuit with her most famous achievement in 1998 when she finally lifted the Wimbledon crown after twice falling at the final hurdle.
iii.She had won 17 Grand Slam titles in total including 12 in doubles and four in mixed doubles as well as claiming silver medals at the 1988 and 1996 Olympics and a bronze in Atlanta.
About Jana Novotna:
Country – Czech Republic
Occupation – professional tennis player
Style – Right-handed (one-handed backhand) 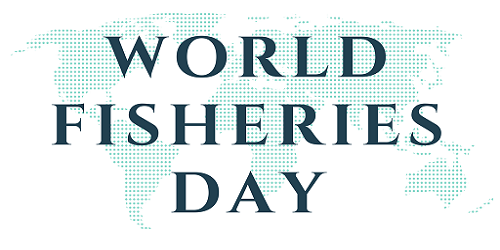