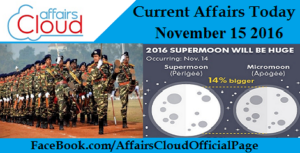 52 generic medicine stores inaugurated in Gujarat
i. Gujarat Government inaugurated 52 generic medicine stores across the state on November 14, 2016.
ii.Gujarat Chief Minister Vijay Rupani inaugurated one of the generic stores named as ‘Deendayal Pradhan Mantri Jan Aushadhi Store’ inside Civil Hospital premises.
iii. The Medicines sold in these stores will be 30 to 80 per cent cheaper than the medicines sold in the market.
iv. Around 1,500 to 2,000 life saving medicines will be sold from each of these stores. These stores would give a huge relief to poor and middle class citizens who could not afford costly medicines.
v. 500 more stores will be opened in the next phase of expansion.
vi. Apart from the store, Chief Minister also launched a mobile application –‘G-Dava’, which can be used by citizens to get details about various medicines sold in generic stores as well as in private pharmacies.

CBSE Class X Board Exam to be re-introduced from 2017-2018
i. Union HRD minister Prakash Javadekar after a meeting with the Rajasthan Education Minister, on November 14, 2016 informed about the decision of the Government to reintroduce compulsory class X board examination for Central Board of Secondary Education(CBSE) schools from the 2017-18 academic year which was scrapped 6 years ago.
ii. However, the State Governments will be given the authority to reintroduce class V and VIII board examinations, a proposal for which will be tabled in the Cabinet and then in Parliament.
iii. The main focus of HRD Ministry is on improving the quality of school education, specifically of Government schools.

Arunachal Pradesh launches Kiosk System for Lohit District
i. Arunachal Pradesh Deputy Chief Minister Chowna Mein on November 15, 2016 inaugurated a Kiosk System, which ia a touch screen portable device that runs with power supply and provides all the necessary information relating to Lohit District.
ii. The e-Kiosk system will provide details like Lohit Tourism, District Administration, important contacts, public representatives, Jan Suvidha, Helpline, NPR & Aaadhar, Disaster Management, Children’s Corner with photo galleries at fingertip in a single system.
iii. It is an initiative of Lohit District Administration headed by Deputy Commissioner Danish Asraf. He also has an official app which provides information about the district, which is a first of its kind in the state.
iv. Lohit is an administrative district in the state of Arunachal Pradesh in India. The district headquarters are located at Tezu. As per the report of 2011 it is the third most populous district of Arunachal Pradesh (out of 16), after Papum Pare and Changlang.

World Bank Funded Jhelum-Tawi Flood Recovery Project launched by Mehbooba Mufti
i. Chief Minister of Jammu and Kashmir Mehbooba Mufti  launched the Jhelum-Tawi Flood Recovery project on November 14, 2016, for which World Bank has funded an amount of US $250 million (Rs. 1,600 crore).
ii. The loan assistance from the World Bank would be shared by Centre and the State Government in the ratio 90:10 and it would be operative for five years ending June 2020.
iii. Apart from fund flow the loan assistance will also comprise of expertise to handle such projects and the necessary technological advancements as well. 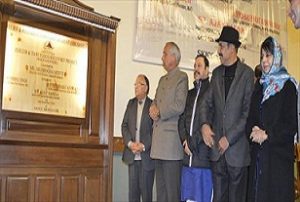 Thiruvananthapuram becomes country’s ‘breast cancer capital’
i. Thiruvananthapuram has been termed as the country’s breast cancer capital the Kerala Chapter of Indian Radiological and Imaging Association (IRIA) Conference.
ii. The city holds a record high of 40 per lakh of population.It is noted that 50 per cent of breast cancer is occurring in the age group of under 50 years.
iii. The national average of incidence of breast cancer is 20 per lakh population, while the Kerala average was 14, but in the state capital it it stood at 40.
iv. Nine lakh women are diagnosed with breast cancer every year and it is the second most common malignancy next to cervical cancer.One million women worldwide and it constitutes about 21 per cent of 519,000 yearly deaths.
Points to remember :
World Cancer Day – February 4

US announced USD 95 million Clean Energy Project in India
i. The United States,has announced two financial projects worth USD 95 million in India to bring more energy-efficient appliances to rural sector in India, as part of its efforts to continue the global transition to zero-and-low carbon energy sources.
ii. US have committed 75 million dollars in Overseas Private Investment Corporation (OPIC) financing for renewable energy projects in India.
iii. It has also announced to launch a 20 million dollar partnership with the philanthropic sector to bring more efficient appliances to Indian villages.
iv. It is a part of 250 million facilities committed by the United States to support India’s 400 MW new solar power projects in different states of India by 2020. 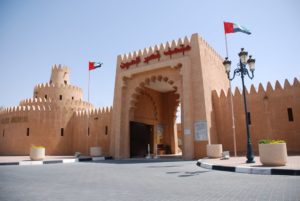 ii. Al Ain Oasis has tools like the ‘Eco-Centre’ to better understand the oasis’ ecosystem, its historic evolution, and its significance for Abu Dhabi’s heritage and civilisation.
iii. The centre also showcases the environmental standards followed to preserve the oasis’ ecosystem.This site will feature restaurants, cafes and shops selling products and produce derived from the oasis.
Al Ain Oasis :
♦ Al Ain Oasis was the first site in the UAE to be inscribed on Unesco’s world heritage site list in 2011
♦ It is one of the world’s oldest permanently inhabited settlements that dates back to more than 4,000 years. It contains more than 147,000 date palm trees, of up to 100 different varieties spread across  1,200 hectares
UAE :
♦ Capital: Abu Dhabi
♦ Currency: United Arab Emirates dirham

Nawaz Sharif inaugurates Gwadar port in Pakistan
i. Pakistan’s Prime Minister Nawaz Sharif inaugurated a trade route linking southwestern Gwadar port to Kashgar city in China as part of $46 billion project to jumpstart economic growth in the South Asian country on November 14, 2016
ii. The first consignment under the China-Pakistan Economic Corridor announced in 2014.
iii. This project is an extension of China’s “One Belt, One Road” initiative and encompasses a series of infrastructure, power and transport upgrades that Islamabad hopes will kickstart its long-underperforming economy
One Belt, One Road :
♦ The Belt and Road or One Belt, One Road is a development strategy and framework, proposed by Chinese paramount leader Xi Jinping.
♦ It was unveiled in September and October 2013 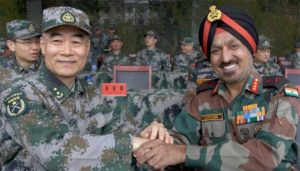 ADB And GoI Signed $500 million loan to Build Longest Bridge across River Ganga
i. The Asian Development Bank (ADB) and the Government of India(GoI) have signed a $500 million loan to build India’s longest river bridge, a 9.8 km long road bridge across the Ganges River to improve transport connectivity between North and South Bihar for a better link between the State Capital, Patna, and the surrounding areas.
ii. The new Ganga Bridge will be located near Patna and will span both channels of the Ganges River and serve as an alternate route to the existing Ganga Bridge.
iii. The project will also build viaducts, embankments, and toll and service facilities, and will link to national highway networks.
iv. The new Ganga Bridge will benefit over 9 million people by reducing the travel time to Patna from the surrounding regions, in particular north Bihar, which will ease access of people to state’s administrative and social services.
v. Along with ADB’s loan, the state government of Bihar will provide support equivalent to $215 million. The project is expected to be completed by the end of December 2020.
Asian Development Bank :
♦ Founded: December 19, 1966
♦ Headquarters: Mandaluyong, Philippines
♦ President: Takehiko Nakao 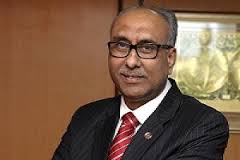 SBI rolls out new Rs 500 notes in Bhopal
i. Prime Minister Narendra Modi took a major step and announced demonetisation of Rs. 500 and 1,000 currency notes with effect from midnight to curb black money on November 8, 2016.From November 10th onwards mostly all banks started to issue only Rs.2000 notes
ii. A new Rs 500 notes was rolled out first by State Bank of India (SBI) branch in Bhopal.Some branches like SBI Main branch in Delhi have started distribution of Rs 500 notes.
iii. The new 500-note is expected to ease pressure on banks’ cash position and improve liquidity in the market.However, 500 and 2,000 rupee notes dispensed through ATMs will be possible after recalibration of such machines as these are of different sizes.

Sun Pharma, Others Ink Pact For Malaria Project In Mandla
i. Drug major Sun Pharma signed tri-party agreement between Indian Council of Medical Research, Government of Madhya Pradesh and Foundation for Disease Elimination and Control of India (FDEC- India) to launch the malaria-free India demonstration project in Mandla, Madhya Pradesh.
ii. Aim : To Eliminate malaria from India by 2030.
iii. According to the agreement, ICMR’s National Institute for Research in Tribal Health, MP Government and FDEC-India will accomplish the goals of malaria elimination from Mandla district and prevent re-introduction by use of vector control and case management as per national and/or WHO norms of malaria elimination .

IoT services venture-‘UNLIMIT’ launched by Reliance Group
i. Reliance group partnered with Cisco Jasper for a new venture named ‘UNLIMIT’ to provide Internet of Things (IoT) services to customers across India.
ii. Unlimit is designed solely for enterprise customers in India, for providing them IoT services. As part of this service, Reliance launched IoTStarter kit and Unlimit tracking for asset and vehicle tracking. 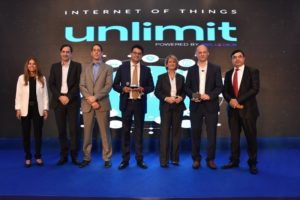 iii. As per Amitabh Jhunjhunwala, Group Managing Director, Reliance Group, the number of connected devices in IoT is projected to rise from 200 million as on today to around 3 billion by the end of year 2020, whereas the revenues is expected to rise to USD 15 billion in 2020 from  the present $5.6 billion.
iv. Cisco Jasper – Jasper, is an American corporation with headquarter in Santa Clara, California.It provides a cloud-based software platform for the Internet of Things (IoT). It was acquired by Cisco in March, 2016.
v.Internet of Things(IoT) – A connected network scheme in which everyday utility objects are connected in a network and can access each other.

Suzuki Motor Corporation to set up Industrial Training Institute in Gujarat
i. Japanese carmaker, Suzuki Motor Corporation is to set up an industrial training institute ‘Japan-India Institute for Manufacturing (JIM)’ at Mehsana district, Gujarat to cooperate on the human resource development in the manufacturing sector .
ii. The JIM is formed under “Manufacturing Skill Transfer Promotion Programme” which was agreed on November 11, 2016 between India and Japan.
iii. It will begin in August 2017  and it will be established and run by Maruti Suzuki India Limited
iv. The JIM will offer seven technical courses: Fitter, Electrician, Mechanic Diesel, Motor Mechanic Vehicle, Mechanic Auto Body Repair, Mechanic Auto Body Paint Repair and Welder.
Key People:
♦ Chairman of Suzuki Motor Corporation: Osamu Suzuki
♦ Ministry of Commerce and Industry : Nirmala Sitharaman

Women Commando Team Inducted In CRPF
i. A team of women commandos has been inducted for the first time in Central Reserve Police Force (CRPF) to counter Naxal insurgency in Jharkhand.
ii. The 135 women belonging to the 232 battalion’s Delta Company, included in the operation,  are currently undertaking operations under the close supervision of CRPF’s 133 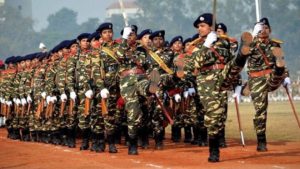 November 2016 moon-the biggest and brightest in 60 years
i. According to the American Space Agency NASA, November 14, 2016, moon will be the biggest and brightest it has been in the 68 years.This moon will be a rare ‘supermoon’ making an appearance early morning just before dawn. It will appear especially bright because it is the closest it has been to Earth since Jan. 26, 1948 which won’t be seen until Nov. 25, 2034.
ii. November’s full moon has been given a special name: Beaver Moon. November’s moon type is commonly called a “supermoon”, or technically a “perigee full moon”
iii. On November 14 at 6:15 a.m. EST, the moon will arrive at its closest point to the Earth in 2016 at distance of 221,524 miles (356,508 kilometers) away. 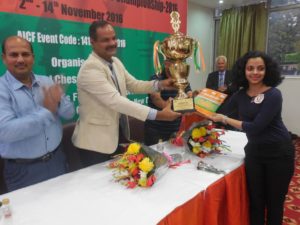 iii. She represented Petroleum Sports Promotion Board (PSPB) in the championship and won the gold after a draw with her PSPB teammate Eesha Karavade.
iv. S Vijayalakshmi of Air India won silver medal while Eesha Karavade of PSPB bagged bronze medal in the Championship
v. This victory of the Odisha girl Padmini ensured that she will be a part of the Indian women team in the next World team chess championship
vi. The other two confirmed members of the team are Grandmasters Koneru Humpy and D Harika.