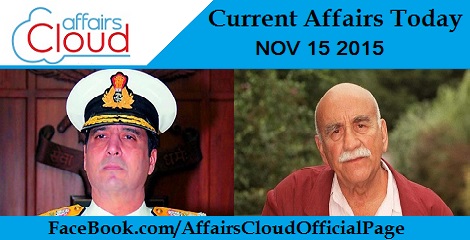 Union Defence Minister Manohar Parrikar dedicated a Seakeeping and Manoeuvring Basin (SMB) to the nation and handed over the Advanced Torpedo Defence System “Maareech” to the Indian Navy at the Naval Science and Technological Laboratory (NSTL) in Visakhapatnam.

About SMB – Seakeeping and Manoeuvring Basin
The Rs.168-crore SMB is a state-of-the-art hydrodynamic testing infrastructure facility to validate the design of naval platforms and weapon systems. The facility was designed and developed using Indian equipment.

The spectrum cap, the limit of radio- waves a telecom operator can hold for providing wireless services is:

As per research report of IIM-Calcutta and Academic Foundation, Indian Food industry is expected to grow 11% annually to reach $65.4 billion (about Rs 4 lakh crore) by 2018.

The report also suggests that India may have benefitted from the presence of foreign businesses in the food supply chain that established backward.

Jammu and Kashmir government will soon implement the National Food Safety Act (NFSA) in the state. The new Consumer Affairs and Public Distribution Department office at Baramulla has been constructed at a cost of Rs 80 lakh.

India and Bangladesh signed the Standard Operating Procedure (SOP) in New Delhi to operationalize the “Agreement on Coastal Shipping” signed between the two countries in June, 2015.

In accordance with the study by hotel search website “trivago”, four Indian cities namely Wayanad (Kerala), Rishikesh (Uttarakhand), Amritsar (Punjab) and Jaisalmer (Rajasthan) have featured in the top 100 list of high quality services in hotels, in terms of giving the best value for money.

MoU has been signed between National Dairy Development Board (NDDB) and EMBRAPA during a meeting between agriculture ministers of the India and Brazil for taking up collaborative projects in the field of productivity improvement of cattle and buffaloes.

The China-India Yoga College has formally started classes in China’s Kunming city and will open a “new window” in promoting cultural exchange and bilateral ties.

The Yoga College began enrolling students at the beginning of November. Two Indian tutors are giving classes in small groups and India will send more teachers as the number of yoga learners increases.

As part of Clean Air Nation campaign, Greenpeace India, an environmental NGO has recently launched an app that will provide real-time air pollution levels from a monitoring station near the user and also issues a health advisory tailored for different age groups. 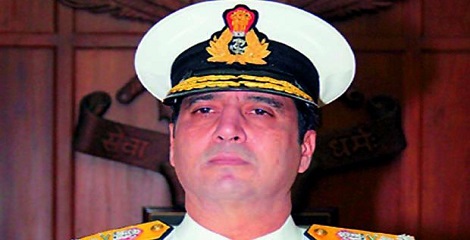 Key:
SWC was established at INS Shivaji in 1941 for training shipwright artificers of Indian Navy and was subsequently shifted to Naval Barracks, Mumbai in 1943 and later it was shifted to Vizag in 1981 as a dedicated training establishment.

The Zoological Survey of India (ZSI) has identified 778 new species of fauna in the last five years announced by former director of the organization K Venkataraman. ZSI conducted by Indian rainforests and deserts are teeming with life and  a treasure house of biological diversity.

The famous Dudhwa National Park (DNP), situated at Indo-Nepal border, opened with hundreds of tourists from across the country witnessing jungle safari. Dudhwa Park opens on November 15 and concludes on June 15 every year.

Tourists would not be allowed to visit the park on their personal vehicles and eco development committees operating in Dudhwa would provide jeeps to the tourists on prescribed rates.

American engineers have developed a new material that could transform seawater into drinking water by filtering large quantities of seawater through extremely small holes called nanopores which block salt and other impurities.

Broberg and Reed both finished regulation play at 17-under 271.

The BMW Masters is a golf tournament played annually at Lake Malaren Golf Club, in Luodian, Shanghai, China The tournament began in 2011 and became a European Tour event in 2012. 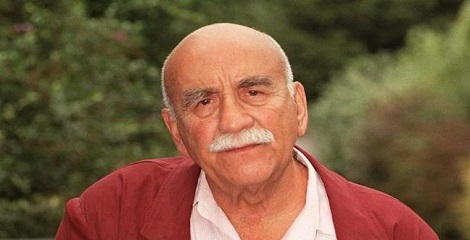 Actor known for starring in Till Death Us Do Part and In Sickness and in Health has died. Mitchell was often called upon to defend the popular impact of his role as the “opinionated.

The World Day of Remembrance for Road Traffic Victims takes place on the third Sunday in November. This day focuses on both the overall scale and the individual devastation caused by road deaths and injuries and the impact upon families and communities around the world.