We are here for you to provide the important current affairs November 11 2017 which have unique updates of all daily events from all newspapers such as The Hindu, The Economic Times, PIB, Times of India, India Today, Indian Express, Business Standard, all Government official websites. Our complete current affairs helps you to get more marks in Banking, insurance, UPSC, SSC, CLAT, Railway and all other competitive Exams.

Government to adopt land-pooling method for airport expansion
Airports Authority of India (AAI) Chairman, Guruprasad Mohapatra has stated that, Central Government is working on adopting the ‘Land Pooling’ methodology as an alternative mechanism for development and expansion of airports.
i. Indian aviation space has witnessed a significant surge in air passenger traffic in recent years. In order to accommodate this growth, AAI has already chalked out plans to expand current capacities of terminals and bays at airports. However the increased capacity too will be saturated on account of high growth and more land will be needed for further expansion.
ii. In this situation, ‘Land Pooling’ emerges as the only available and viable alternative for airports expansion……………………………………Click here to Read more

IT employees get nod to set up trade union in Karnataka
The labour commission of Karnataka has certified the formation of the Karnataka State IT/ITES Employees Union (KITU) under the Trade Union Act, 1926, and Karnataka Trade Unions Regulations, 1958.
Trade union for IT employees in Karnataka:
i. Since last year, large number of IT employees have been approaching the courts seeking solutions for grievances like indiscriminate layoffs and long working hours.
ii. So far, IT employees have been approaching pressure groups such as the Forum for IT Employees (FITE), the National Democratic Labour Front-IT (NDLF-IT) and the Union for IT/ITES (UNITES) for help in fighting legal battles.
iii. The Karnataka State IT/ITES Employees Union (KITU) now formed is backed by the Centre of Indian Trade Union (CITU). CITU is an affiliate of the CPI-M (Communist Party of India-Marxist).
About Centre of Indian Trade Union:
♦ General Secretary – Tapan Sen
♦ President – K.Hemalata 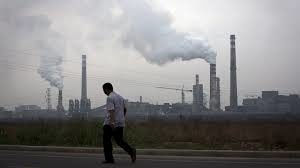 First power plant under PM Ladakh scheme:
i. The Biaras Small Hydropower Project (SHP) of 1.5 Mw was commissioned on 4th November 2017. This is the first project to be commissioned under the Prime Minister’s Ladakh Renewable Energy Initiative (LREI).
ii. The total cost of the project is Rs 17 crore. It is fully funded by the Ministry of New and Renewable Energy.
iii. The plant will power the Drass town in Kargil. The project has been developed by the Kargil Renewable Energy Development Agency (KREDA) under the Ladakh Autonomous Hill Development Council.
About Ministry of New and Renewable Energy:
♦ Minister of State (Independent Charge) – Piyush Goyal
♦ Headquarters – New Delhi

Telangana CM declares Urdu as second official language
On November 9, 2017, Telangana Chief Minister, K Chandrasekhar Rao declared Urdu as the state’s second official language.
i. Mr. Rao told the state assembly that the demand to make Urdu as second official language has been there for a long time.
ii. Every government office in Telangana from the Chief Minister’s Office to District Collectorate have been instructed to have an Urdu speaking officer and to receive all petitions in Urdu as well.
iii. Beisdes, all Telangana State Government competitive examinations will also be conducted in Urdu.
iv. It is to be noted that Muslims comprise 12.7% of Telangana’s total population. Earlier, Mr. Rao had stated that his government will raise its proposal to hike reservations to backward sections among Muslims in Parliament and if needed, may also approach Supreme Court on this matter.

US Congress authorises $700 million for reimbursing Pakistan
The American Congress has authorised up to $700 million in Coalition Support Fund (CSF) to reimburse Pakistan for activities carried out in support of US operations in Afghanistan.
$700 million for reimbursing Pakistan:
i. The authorisation is included in the reconciled text of the House and Senate versions of the 2018 National Defence Authorisation Act (NDAA-2018).
ii. The reconciled version makes $350m of $700m available to Pakistan under the CSF contingent upon certification from the secretary of defence that Pakistan is taking demonstrable steps against the Haqqani network.
iii. The certification need to declare that Pakistan was making an attempt to coordinate with Afghanistan to restrict the movement of militants along the border, and Pakistan had shown progress in arresting and prosecuting senior leaders and mid-level operatives of the Haqqani network and LeT.
About Pakistan:
♦ Capital – Islamabad
♦ Currency – Pakistani rupee
♦ Official languages – Urdu & English

PNB MetLife to sell policies to Bahrain Bank customers
Private sector life insurance company PNB MetLife has entered into a tie-up with Bank of Bahrain and Kuwait (BBK) to sell retail and group insurance products to BBK’s customers in India.
i. As per the terms of the tie-up, PNB MetLife will offer protection, health, savings and wealth plans to BBK’s customers in India spread across its branches.
ii. Besides the conventional products, customised insurance plans will also be offered to BBK customers in India.
iii. Bank of Bahrain and Kuwait has been operating in India for over 30 years while PNB MetLife has  a customer base of 93015 by September 2017.
iv. Bancassurance has been an important part of the PNB MetLife’s growth strategy. Bancassurance is a relationship between a bank and an insurance company wherein insurance company sells its products to the bank’s customers and bank gets a commission in return.
Quick Facts about PNB MetLife:
♦ Founded in – 2001
♦ Headquarters – Mumbai, India
♦ Current CEO – Ashish Srivastava

Debjani Ghosh to be the first woman to be President of NASSCOM in 2018
NASSCOM has appointed Debjani Ghosh, former MD, Intel South Asia, as the NASSCOM President-Designate, making her the first woman President of NASSCOM.
Debjani Ghosh to be President of NASSCOM:
i. Debjani Ghosh would succeed R Chandrashekhar upon the completion of his term in March 2018.
ii. Debjani Ghosh has been a member of Nasscom’s Executive Council and a trustee of the Nasscom Foundation. She was also a managing director of Intel South Asia.
iii .The Indian IT and business process outsourcing industry has been one of the growth drivers for the economy and is today a USD 150 billion sector representing multiple sub- sectors.
About NASSCOM:
♦ Full form – National Association of Software and Services Companies
♦ Purpose – trade association of Indian Information Technology (IT) and Business Process Outsourcing (BPO) industry
♦ Headquarters – New Delhi
♦ Chairman – Raman Roy

Gautam Gambhir named Govt nominee in DDCA managing committee
The India cricketer, Gautam Gambhir was on 10th Nov 2017  made as a government nominee in the Delhi & District Cricket Association (DDCA) managing committee and he has made it clear that he would do his best to “restore glory days” of the much-defamed association.
i. The current player of Kolkata Knight Riders, Gambhir thanked the Sports Minister Rajyavardhan Singh Rathore in Twitter.
ii. The 36-year-old Gambhir has played 58 Tests, 147 ODIs and 37 T20 Internationals. He has been the top scorer in finals of two World Cups (2007 T20 and 2011 50-over) that India won.

RedBus co-founder Phanindra Sama appointed CIO of Telengana
Co-founder of RedBus and serial entrepreneur Phanindra Sama has been appointed as Chief Innovation Officer for Telangana state.
i. Minister for IT, KT Rama Rao handed over the appointment letter at Secretariat today.
ii. Sama is currently serving as a Patron in Kakatiya SandBox, an experimentation lab for people to work on solutions to local problems.
iii. Phanindra Sama hails from Nizamabad, Telangana. He received his Electrical Engineering degree from BITS Pilani and Post Graduation from Indian Institute of Science.
iv. He Co-founded RedBus, India’s first online bus ticket booking service in 2006. He stayed with the company for eight years as CEO. Naspers, a South African investment firm had acquired RedBus for ₹780 crores. The acquisition was termed as the most successful exit for anyentrepreneur in the e-commerce space.
v. Phanindra Sama received a several prestigious awards as an entrepreneur.“India’s best internet startup”, 2010 by IMAI and “Entrepreneur of the Year” award under IT by ET NOW, in the year 2013 are amongst some of awards received by him.

HCL gets nod for joint venture company with MECL, NALCO
Hindustan Copper Limited (HCL) has received approval from its board of directors to form a joint venture company with Mineral Exploration Corporation Ltd (MECL) and NALCO Ltd.
i. The three entities will now form a Joint Venture (JV) in the name of Khanij Bidesh India Ltd (KABIL).
ii. KABIL will have an authorised capital of Rs. 100 crore and paid-up capital of Rs 30 crore respectively.
iii. A joint working group will be formed under this Joint Venture to deal with government-to-government (G2G) deals relating to sourcing of rare minerals from other countries.
iv. This JV will help HCL to diversify and source rare minerals like titanium.
Quick Facts about Hindustan Copper Ltd. (HCL)
♦ Founded in – 1967
♦ Headquarters – Kolkata, West Bengal
♦ Current Chairman – Santosh Sharma

Google Arts and Culture unveils its first lab experiment in India
On 10th November 2017, Google Arts and Culture unveiled its first lab experiment in India at an exhibition at the Chhatrapati Shivaji Maharaj Vastu Sangrahalaya (CSMVS), Mumbai.
Google Arts and Culture’s first lab experiment in India:
i. As a part of first Google Arts & Culture Lab experiment in India, Google has collaborated with Mumbai’s Chhatrapati Shivaji Maharaj Vastu Sangrahalaya (CSMVS) and the British Museum in London to unveil Future Relics.
ii. Future Relics is an interactive installation that takes participants on a shared journey, connecting past with present whilst looking to the future.
iii. This was created as part of the landmark exhibition ‘India and the World: A History in Nine Stories’ at the Chhatrapati Shivaji Maharaj Vastu Sangrahalaya (CSMVS). The Future Relics project will blend ancient craft and modern technology to build relics for the future.
About Google:
♦ Headquarters – California, U.S
♦ CEO – Sundar Pichai

Former Test cricketer Milkha Singh passes away
On 10th November 2017, former India cricketer A G Milkha Singh passed away after a cardiac arrest at a hospital in Chennai.
Death of Milkha Singh:
i. Milkha Singh died due to cardiac arrest on 10th November 2017. He was 75 years old. He is survived by wife, a son and a daughter.
ii. Milkha Singh played Test matches in the 1960s. He was a flamboyant left-hand batsman and a fine fielder. He made his Ranji Trophy debut at 17 years.
iii. He had a great career for Tamil Nadu in the Ranji Trophy. He scored over 4,000 runs in first-class cricket, including eight centuries. He was employed with State Bank of India.
About Milkha Singh:
♦ Occupation – Cricketer
♦ Batting – Left-handed