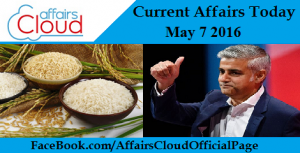 Lok Sabha passes Finance Bill with amendments
Bill passed: The Lok Sabha approved the Finance Bill 2016.
i. FY17 Budget proposals, including a monetary policy committee to set interest rates in tune with an inflation-targeting approach acquired by the Reserve Bank of India.
ii. Finance minister Arun Jaitley secured the Lok sabha’s agreement for the Billretaining the contentious 1% excise duty on non-silver jewellery, though only jewellers with more than `12 crore annual turnover will have to pay the duty.
iii. Amendments to the bill: Including for the rollback of a proposal to tax part of Employees’ Provident Fund (EPF) withdrawals.

Projects worth Rs. 2446 Crore approved under Namami Gange Programme
Initiator:  Empowered Steering Committee (ESC) of the National Ganga River Basin Authority(NGRBA).
Estimated Cost:  The total estimated cost of the projects is  Rs. 2446 crore
Steps taken: To improve the facilities of Ghats and crematoria for reduction of pollution load into river Ganga.
Purpose:
i. For Development of Ghats and crematoria in the stretch from Haridwar to Uttarakhand Border in Uttarakhand, Garhmukteshwar in UP, Buxar, Hajipur and Sonepur of Bihar, Sahibganj, Rajmahal and Kanhaiya Ghat of Jharkhand and Delhi .
ii. Afforestation along the banks of river Ganga.

Australian university to provide medical technology to India
i. State of Victoria’s Swinburne University in Australian declared two agreements with India in the area of medical technology to figure out major health challenges in India.
ii. Under this announcement Neuroscience leaders from Swinburne signed one agreement with one of India’s largest Medanta hospitals to improve the diagnosis of epilepsy across the country.
iii. In the pair of agreements by the other one with the prestigious All India Institute of Medical Sciences to develop an advanced smart helmet to reduce the incidence of head injuries for motorcyclists.
Australia:
♦ Capital: Canberra
♦ Currency: Australian dollar
♦ Prime minister: Malcolm Turnbull 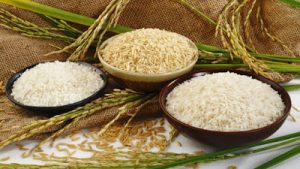 Haryana to give financial assistance to MSMEs for patents
Haryana government has launched a scheme to grant financial assistance of up to Rs 25 lakh to micro,small and medium enterprises (MSME) for registration of patents for products and processes.
Purpose : To promote patent registratoin among enterprises and protect their innovation. The state government has implemented the ‘Patent Registration Scheme’ for MSMEs.
Announcement : Industries Minister Captain Abhimanyu

Haryana to enact Act to accord statutory status to Sports Council
Announcement:   Haryana Health Minister Anil Vij stated that the state government would enact State Sports Council Act.
There would be a sports body at state, district and sub-division level which would coordinate maintain all affairs of sports in the state.
Purpose : To accord statutory status to the Council and further promote sports activities in the state.

Malaysia, Indonesia and Philippines to conduct joint water patrols to curb kidnappings
i. Three Southeast Asian nations namely Indonesia, Malaysia and Philippines is set to conduct coordinated maritime patrols to face the rising kidnappings and security challenges in the waters bordering the three countries.
ii. These countries pledged to set up crisis centers within their countries as well as a hotline between them to ensure speedy communication during maritime emergencies.
iii. The maritime borders extends along the Sulu and Celebes seas, over which 55 million tons of goods and over 18 million people pass every year.

Canada Wildfires Rage as State of Emergency Declared
i. A state of emergency has been declared in the Canadian region of Alberta as firefighters continue to battle raging wildfires. Six reception centers were put on operation to control the situation.
ii. As the temperatures reaches nearly 90 degrees and low relative humidity fires the condition exacerbated.
iii. There are 80,000 residents who had fled Fort McMurray to Anzac after a mandatory evacuation notice were announced.
iv. Over 250 firefighters, helicopters and air tankers were fighting the fires that have extended to more than 24,000 acres.
Canada:
♦ Capital: Ottawa
♦ Currency: Canadian dollar
♦ Prime minister: Justin Trudeau 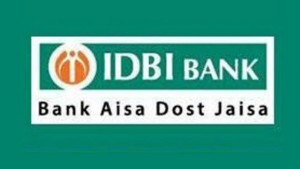 i. Mumbai based IDBI Bank has decided to open an international banking unit (IBU)at the International Financial Services Centre (IFSC) in Gandhinagar.
ii. This is the first state-run bank to open for IBU centre. Yes Bank, Federal Bank and ICICI Bank have been operating branches in GIFT city.
iii. Recently Private player Kotak Mahindra Bank opened its branch at the IFSC as these would provide full range of corporate banking services and would meet foreign currency funding needs of it sclientele.
iv. Over USD 250 million worth of business transactions were conducted at GIFT City in the past six months.

YES Bank gets SEBI nod to provide custodian services
i. Mumbai based Securities market regulator SEBI has gave in-principle approval to YES Bank for it to act as custodian of securities.
ii. The licence-holder of CoS allows the entity to offer custodial services to financial market participants, including FIIs and foreign portfolio investors (FPIs).
iii. Yes Bank aims to establish this business within 12 months of approval. The bank had earlier received the RBI’s approval to enter the CoS business.
iv. The Private sector lender plans to invest in developing operations, technology and human capital capabilities before it seeks registration with SEBI as a custodian.
Yes Bank:
♦ Founded: 2004
♦ Headquarters: Maharashtra
♦ CEO: Rana Kapoor
♦ The bank received Asia-Pacific Quality Organisation-Adjudged as World Class Organisation in 2014. Only Indian bank to win this prestigious global award.

Union government approves proposal of Infosys to set up IT SEZ
i. Union government has approved the proposal of Infosys to set up an IT/ITeS special economic zone in Bengaluru. The board has also approved application of Unitech Realty Projec
ii. The SEZ to come up in an area spread over 4 hectares. In this regard decision has been taken by the Union inter-ministerial Board of Approval (BoA), headed by Commerce Secretary Rita Teatia.
iii. The Board decided to extend the time limit to nearly around 20 developers to complete their projects.
iv. The Developers list includes Mayar Infrastructure Development for a biotechnology SEZ in Haryana, Wipro for IT SEZ in Karnataka and Vedanta for its sector-specific SEZ for manufacturing and exports of aluminium in Odisha.
Infosys:
♦ Infosys is the second-largest Indian IT services company by 2016 revenues.
♦ Last year the IT major joined RE100, a global group of companies that aims to generate their energy fully from renewable sources by 2018.

Flipkart launches its map services, ties up with MapUnity
i. Bengaluru based Flipkart all set to launch its Maps service with Social Technology Lab by Dr. Ashwin Mahesh MapUnity.
ii. MapUnity has started TechNagara social network for Smart Cities mission and a few other prominent ones whch can be used for transport, energy, security, tourism for each city, 126 cities in all.
iii. Flipkart Maps, a product possibly driven by Delhi-based digital mapping MapMyIndia by Flipkart in an Rs 1600 crore deal in 2015, had certainly tied up with MapUnity.
iv. The deal was likely to give it a competitive edge in terms of supply chain and logistics. Whether the Maps division will turn into a competitor for the likes of Google remains to be seen.

Sudhir Yadav appointed as new Tihar DG
i. The government has appointed IPS Officer Sudhir Yadavas new Director General (DG) of Tihar.
ii. Prior to his new appointment he served as Special Commissioner of the Delhi police.
iii. He had served as DGP of Andaman and Nicobar Islands in 2013. He is an IPS officer of 1985 batch.
iv. Earlier JK Sharma has been named as new DG of Tihar last month but the order was nullified as the government had not sought prior approval of Lt Governor Najeeb Jung before the appointment. 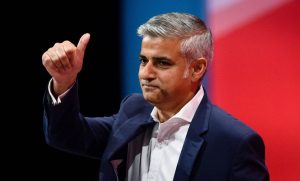 Enda Kenny re-elected as Prime Minister of Ireland
i. Enda Kenny has been re-elected as prime minister of Ireland after 10 weeks of impasse that followed an inconclusive general election. He is preceded by Brian Cowen.
ii. Kenny’s centre-right party lost 26 seats received 59 votes, with 49
against, in the 158-member parliament by far the fewest votes ever received for a winning premier in Ireland.
iii. He is set be the first Fine Gael PM to win re-election in Irish history, by his triumph is soiled by a minority administration that is sustained up by independent MPs and by Fianna Fáil.
Ireland:
♦ Capital: Dublin
♦ Currency: Euro

i. Pakistan Cricket Board informed that former South African cricketer Mickey Arthur has been appointed as country cricket team’s head coach. ii. In this regard a panel was appointed comprising Wasim Akram, Ramiz Raja, and Faisal Mirza to make recommendations to the board.The committee finalised Arthur’s name.
iii. The South African has earlier coached South Africa from 2005 to 2010, and Australia from 2011 to 2013 succeeds Waqar Younis who kept his papers due to poor show in the WT20 campaign.
iv. Arthur has also coached domestic sides including Jamaica Tallawahs, Dhaka Dynamites and Karachi Kings during the inaugural Pakistan Super League in 2016.

34 satellites are operational in India: Government
i. Union Government has announced that currently 34 Indian satellites are operational in the space.
ii. Which 13 are for communication, 12 for the purpose of earth observation and seven for navigation purpose, Rajya Sabha was informed by minister of state of the department of space Jitendra Singh.

i. A stick insect bug over half a metre long discovered in southern China has been declared the world’s longest insect.
ii. Earlier the record-holder was a Malaysian 56.7-centimetre-long stick insect spotted in 2008 and now on display in London’s Natural History Museum.
iii. The insect measuring 62.4 centimetres found two years ago in the southern province of Guangxi has broken the record for length amongst the world’s 807,625 known insects. China:
♦ Capital: Beijing
♦ Currency: Renminbi
♦ President: Xi Jinping

modern technologies for fitness and sports by Indian as well as multinational brands.
iii. This is set to be the first sports expo being held in the India which is organised by Pune-based Steps Sports Entertainment Private Limited.
iv. The batsman also urged the Rio-bound athletes to ‘Go for the Gold’. In the Inaugural function of the Expo the bat was presented to Narang by Rohit.