We are here for you to provide the important current affairs may 6 2017 which have unique updates of all daily events from all newspapers such as The Hindu, The Economic Times, PIB, Times of India, India Today, Indian Express, Business Standard, all Government official websites. Our complete current affairs helps you to get more marks in Banking, insurance, UPSC, SSC,CLAT , Railway and all other competitive Exams. 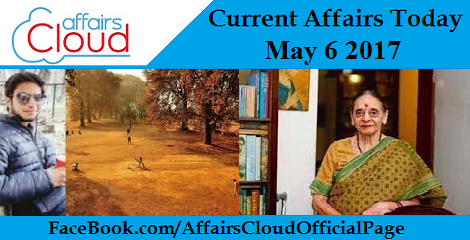 Nitin Gadkari inaugurates India Integrated Transport and Logistics Summit 2017 in New Delhi
On May 4, 2017, Minister of Road Transport and Highways Mr. Nitin Gadkari inaugurated the first ever India Integrated Transport and Logistics Summit (IITLS) in New Delhi. This three-day summit has been organised by Ministry of Road Transport and Highways.
i. Objective of IITLS is to serve as a platform for bringing together stakeholders in transport and logistics sector, so that they can collaborate and explore mutually beneficial opportunities in   logistic parks, freight corridors and IT solutions.
ii. The summit will enable various ministries viz. Road Transport & Highways, Shipping, Commerce, Railways, Consumer Affairs, Urban Development, Finance, Food and Public Distribution, Civil Aviation, Skill Development and other state governments to jointly deliberate upon measures required to develop multimodal infrastructure in India. 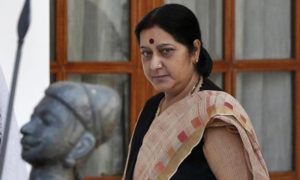 i. It is a four-day annual conference which aims to discuss major developments globally and how India should mould its policy to deal with them.
ii. India’s ties with the African continent as well as with the Gulf countries and the situation in the Middle East are also expected to be discussed during the meet.
iii. The major keys that was discussed in the meeting India’s engagement with major powers as well as strain in ties with Pakistan and China.

Punjab govt makes Aadhar cards mandatory for all financial assistance schemes
Punjab State Government under Chief Minister Captain Amarinder Singh has made Aadhaar Cards mandatory in place of Ration Cards for all Financial Assistance Schemes. It has also introduced new forms to get the benefit of old age pensions.
i. This decision has been taken to ensure that only genuine people get the benefits of financial assistance schemes and pension scheme.
ii. Punjab State’s Department of Social Security and Women & Child Development has been directed by Chief Minister to undertake a survey of the existing beneficiaries of various schemes and to weed out the ineligible beneficiaries.
iii. The state government will take action against officers who are responsible for including ineligible beneficiaries. Moreover, double pension amount will be recovered from applicants who furnished wrong details to gain benefits.

Haryana govt to offer meals at subsidised rates for workers
The Haryana government has decided to open canteens that offer meals at subsidized rates for workers.
Key Notes:
i. It offers meals to registered construction workers under the Antyodaya Anna Yojana, at 23 locations in the state.
ii. Antyodaya Anna Yojana (AAY) is a Government of India sponsored scheme to provide highly subsidized food to millions of the poorest families.
iii. Mobile food vans would also be started at 23 convenient sites with large number of workers. 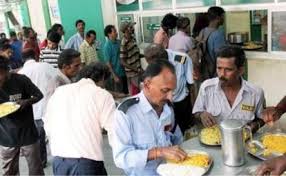 iv. Meals would be served in these canteens between 8 am and 2 pm.
v. The main aim of the department would be to pay special attention to quality of food served.
About Haryana:
♦ Capital: Chandigarh
♦ CM: Manohar Lal Khattar
♦ Governor: Kaptan Singh Solanki

Centre declares entire Assam as disturbed area under AFSPA for three more months
In a gazette notification, the Union Home Ministry said the entire Assam along with bordering areas of Meghalaya, have been declared “disturbed” under the Armed Forces (Special Powers) Act – AFSPA for three months with effect from May 3, 2017.
i. 75 incidents of violence took place in Assam during 2016 which killed 33 people including 4 security personnel. These violent acts have been perpetrated by insurgent groups like ULFA and NDFB.
ii. Special Powers to Armed Forces under AFSPA:
Under AFSPA, armed forces have the authority to open fire and use force against any person acting against the law. Moreover any person can be arrested without a warrant. Armed forces also have authority to enter and search any premise. Over and above, officers of armed forces have legal immunity for their actions.

Maharashtra Govt Ties Up With WHO for Eradication of Rubella
Maharashtra Health Minister Deepak Sawant has announced that the state has tied up with World Health Organisation (WHO) for eradication of Rubella measles. The vaccination drive for the same will start from March 2018 under which, children in Maharashtra aged between 9 months to 15 years, will be vaccinated for Rubella.
About Rubella:
♦ Rubella is an infection among humans which is caused by the rubella virus. Rash followed by fever, sore throat, fatigue and joint pain are the symptoms of Rubella.
♦ It is an air borne infection which spreads via coughs of people who are infected.
Quick Facts about World Health Organisation:
♦ Formation Year: 1948
♦ Headquarters: Geneva, Switzerland
♦ Director General: Margaret Chan 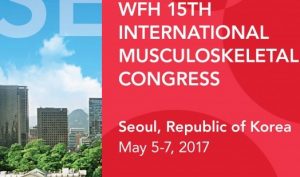 ii. Key developments in the field would be addressed, and made the event relevant to orthopedists and physical therapists around the world.
iii. The 15th International Musculoskeletal Congress will cover many topics, including the following:
1.Benefits, approaches, concerns, and developments in skill acquisition techniques.
2.Effects, assessments and surgical considerations related to the kinetic chain.
3.Pathology and prevention of synovitis.
4.Lessons learned by experienced treaters.

RBI announces rate of interest on Floating Rate Bonds, 2024
On May 5, 2017, Reserve Bank of India announced that rate of interest on the Floating Rate Bonds, 2024 (FRB 2024) for the half year May 7, 2017 to November 6, 2017 has been fixed at 6.30% per annum.
i. This rate is the average rate of the implicit yields (computed by considering 365 days in a year) at the cut-off prices of the last three auctions of Government of India 182 day Treasury Bills held up to May 7, 2017.
ii. The Reserve Bank of India has released a notification through which it has introduced substantial changes in norms for dealing with stressed loans.

Forex reserves touch life time high of $372.73 billion
India’s foreign exchange (Forex) reserves have increased to touch a lifetime high of $372.73 according to RBI , the Cental Bank of India.
Key Points:
i. The foreign exchange reserves of India have increased because of the increase in Foreign Currency Assets.
ii. The reserves had gone up by $1.250 billion to $371.14 billion in the previous week.
iii. The special drawing rights with the International Monetary Fund were up by $8.5 million to $1.460 billion.
iv. Gold reserves remained unchanged at $19.869 billion.
v. The components of India’s Foreign Exchange Reserves includes Gold, Foreign currency assets (FCAs) Special Drawing Rights (SDRs).
FCAs consist of US dollar and other major non-US global currencies. 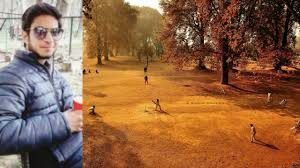 this award for a stunning image, which captured boys playing cricket in the Nishat Gardens in Srinagar.
i. Saqib Majeed, an engineer by profession has become second Asian after Atul Kamble to receive this prestigious award. His award winning image will be displayed at Lords Cricket Ground in England for a year.
ii. Majeed’s picture has been included in this year’s edition of MCC’s book titled ‘Wisden Cricketer Almanack’. 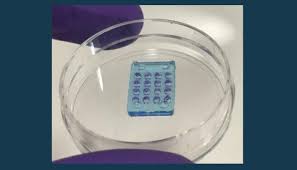 i. The new synthetic, double layeredretina replica consists of soft water droplets (hydrogels) and biological cell membrane proteins.
ii. Unlike existing artificial retinal implants, the cell-cultures are created from natural, biodegradable materials and do not contain foreign bodies or living entities. Thus they are friendlier to the human eye.
iii. It has been designed like a camera, wherein the cells act as pixels, detecting and reacting to light to create a grey scale image.
iv. As of now, synthetic retina has only been tested in laboratory conditions. Before clinical trials in humans, it will be first tested with living tissues, followed by animal trials.

Strike-delayed European Rocket launches In French Guiana
An Ariane 5 rocket that carries two telecommunications satellites for South Korea and Brazil blasted off on 5th May. It was delayed since March 20 due to a incapacitate strike in French Guiana.
Key Notes:
i. The rocket launched at 6:51 pm (2151 GMT) from Europe’s space port in Kourou, Guiana, and Arianespace.
ii. It helps to provide internet access to remote and underserved communities.
iii. The first satellite, SGDC, separated from the rocket just over 28 minutes after lift-off.
iv. The second, KOREASAT-7, was placed in orbit a little more than 36 minutes from launch.
v. SGDC will provide strategic communications for the Brazilian government and military.
vi. The other satellite, KOREASAT-7 owned by South Korea’s KTsat, will provide a range of video and data services over Korea, the Philippines, Southeast Asia, India and Indonesia. 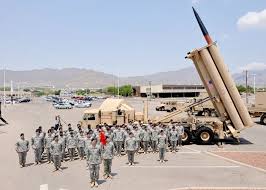 ii. South Korean military has sought US army’s help in deploying THAAD to counter missile threats from North Korea.
Reaction of China to THAAD deployment in South Korea:
♦ Deployment of THAAD in South Korea has infuriated China.
♦ Chinese Govt. believes that THAAD will undermine its own ballistic missile capabilities and indirect presence of US will upset the regional security balance.
♦ It has retaliated by creating indirect barriers for South Korean companies operating in China.

Leila Seth, first woman judge of Delhi High Court, dies
The first woman chief justice of a Delhi high court Justice (retd)Leila Seth has died.
Key Notes:
i. Leila was 86 and died of cardiac seizure.She was a mother of Vikram Seth a famous writer of “A Suitable Boy”. 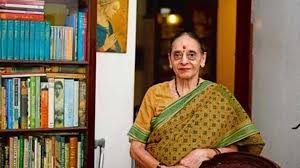 ii. She was the first woman to have topped the London Bar exam.
iii. She was also the first woman chief justice of a state high court (Himachal Pradesh).
iv. She was also one of the three members of the Justice Verma Committee which was constituted in 2012 to recommend amendments to the Criminal Lawfor criminals accused of committing sexual assault against women.
v. She was herself an author and her autobiography ’On Balance’ was a bestseller.