We are here for you to provide the important current affairs May 27 2018 which have unique updates of all daily events from all newspapers such as The Hindu, The Economic Times, PIB, Times of India, India Today, Indian Express, Business Standard, all Government official websites. Our complete current affairs helps you to get more marks in Banking, insurance, UPSC, SSC, CLAT, Railway and all other competitive Exams. 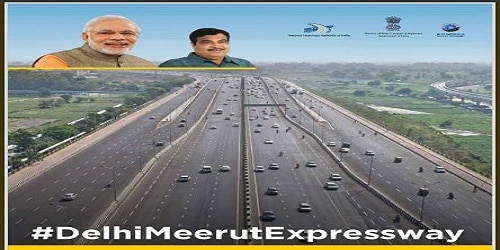 Objective :
The Delhi-Meerut Expressway aims to provide safe connectivity from Delhi to Meerut to Uttar Pradesh and Uttarakhand.
Salient Features :
i. The total length of the the project 8 km. Out of this the first 27.74kmswill be a 14-laned while the rest is for a 6-lane expressway.
ii. The cost of the project Rs. 4975.17crore.
iii. It is the first 28km stretch that will be dedicated to bicycle tracks from Delhi and Dasna.
iv. The project will consist of construction of  11 flyovers/interchanges, 5 major and 24 minor, 3 ROBs(Rail overbridges), 36 vehicular and 14 pedestrian underpasses.
v. The project would reduce the travel time from Delhi to Meerut to just60 minutes.
UNESCO world heritage site in Delhi:
♦ Red fort, Qutub Minar, Humayun’s Tomb.

15th Finance Commission to visit to Kerela from 28th to 31st May 2018
From May 28- 31st , the 15th Finance Commission wiil be visiting Kerela .
Kerala is the first state in Southern India to be visited by the Commission.
Objective:
To assess the state of finance of Kerela and progress of the state in the socio-economic sector.
Key points:
i. The commission was led by Chairman N.k. Singh.
ii. Kerela is the 10thlargest state that contributes to 4.2% of GDP of the nation. It has the highest per capita income. The state has a booming service sector.
iii. Emigratioon and Immigration remittances is huge in kerela.
iv. In terms of development indicators like per capita income , poverty ratio, health and education kerela has better points than national average.
v. social sector spending for the senior age group (>60 years) is of some concern as the life expectancy is increased.
vi. Kerela’s literacy level is 94%that is highest among all the states.
vii. More discussions are to be made on the developments with the CM , finance department, various political parties and the rural and urban local self governments and Panchayati Raj institutions .
Kerela :
♦ Capital – Thiruvananthapuram
♦ Chief Minister – Pinarayi Vijayan.

UAV Rustom-2 drone to be made by HAL and delivered by 2020 to all 3 wings of Armed Forces: DRDO chief
On May 27,2018, the DRDO made the Rustom –II unmanned Aerial Vehicle (UAV) will be delivered by the armed forces by 2020. 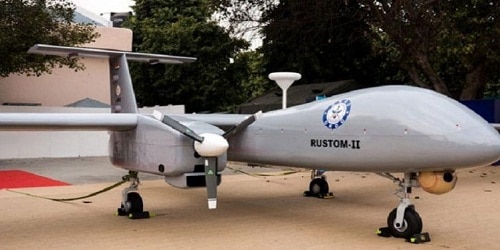 Salient Features:
i. It has completed its first round test at Chitradurgain Karnataka.
ii. It has been made of the use of all thethree wings Armed forces viz. Air Force, Indian Army an Indain Navy.
iii. It is made for primarily intelligence , surveillance and reconnaissance (ISR) operations.
iv. The medium altitude prototype can fly at 22000 feet and has a 20 hour long flight time endurance.
v. Manufacturing will be done by Hindustan Aeronautics Limited(HAL) and Bharat Electronics Limited .
vi. It would be delivered by2020 to the Armed forces.

Administrative charges cut to 0.5 pc : EPFO
On May 27,2018, the Employees Provident Fund Organization (EPFO) decided to cut its administrative charges by 0.5% .
Salient Features:
i. This would help around 5,00,000 employers to save around Rs. 9 billionannually from the cut.
ii. This would come into effect from June 1 ,2018.
iii. The Charges has been modified from 0.65 to 0.50 % of the wage paid by the employer.
iv. Earlier EPFO has cuts its administrative charges from 1.10 to 0.85 in 2015, them to 0.65 in 2017.
v. EPFO has accumulated Rs. 38 billionthrough the charges in the last fiscal.
vi. It has a surplus of Rs.200 billion with an interest income of Rs.16 billion per annum.
vii. The cut in charges won’t effect the EPFO as their subscriber base increases a lot.
viii. Presently it has 500 million subscribers and a corpus of Rs. 10 trillion .
About EPFO:
♦ It is under the Ministry of Labour . Constituted in 1952. 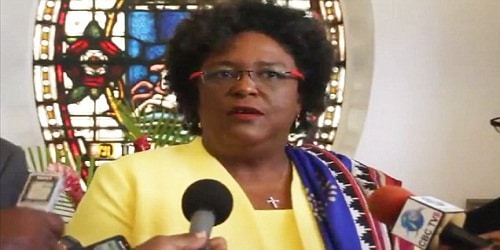 i. She is the leader of the Barbados Labour Party (BLP)and won against the Democratic Labour Party (DLP).
ii. She won all 30 seats of the House of Assembly and is a lawyer .
iii. She replaces DLP candidate and former PM Freundel Stuart.
Barbados:
♦ Capital – Bridgetown
♦ Currency – Barbadian Dollar

11th Board of Directors elected by TRIFED
On May 25,2018, The Tribal Cooperative Marketing Development Federation of India Ltd. (TRIFED) elected 11th board of directors in the general body meeting held.
Key points:
Shri Ramesh Chand Meena was elected as the Chairperson, Smt. Pratibha Bhrahma was elected as the Vice Chaiman.

Japan’s women win the Uber Cup ahead of Asian Games : Bangkok
On May 27,2018, the Uber cup held at Bangkok was won by Japan in the final match against Thailand after 37 years. 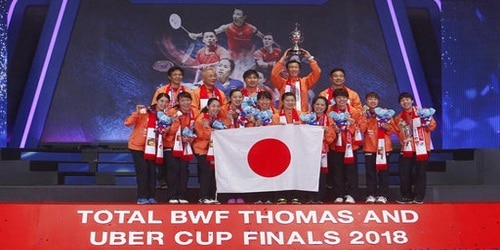 Real Madrid wins Champions Trophy defeating Liverpool by 3-1: Kiev
On May 27,2018, The Spanish Team of Real Madrid beat Liverpool from England by 3-1 goal in the Champions Trophy.
Key points :
i. The Champions League was held in NSC Olimpiyskiy StadiumKiev, Ukraine.
ii. The Real Madrid team has won four such tournaments in 5 years.
iii. the first goal was made Karim Benenza and the last two goals were made by Gareth Bale. 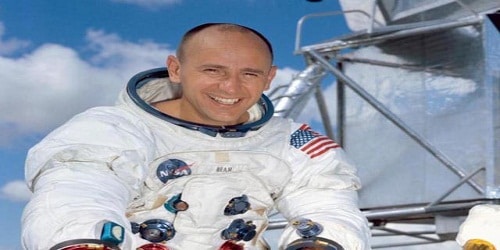 i. He was the former test pilot of US Navy.
ii. He was sent as an astronaut in 193 mission and flew to space twice and was the fourth person to walk on the Moon on Nov 19 1969.
iii. He was in the Apollo 12 mission with Neil Armstrong, Buzz Aldrin and Charles ‘Pete’ Conrad.