We are here for you to provide the important current affairs May 26 2018 which have unique updates of all daily events from all newspapers such as The Hindu, The Economic Times, PIB, Times of India, India Today, Indian Express, Business Standard, all Government official websites. Our complete current affairs helps you to get more marks in Banking, insurance, UPSC, SSC, CLAT, Railway and all other competitive Exams. 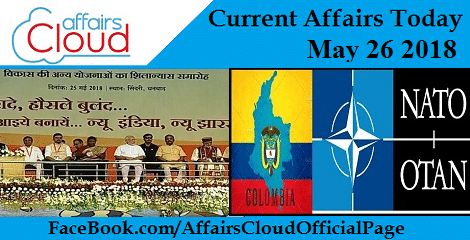 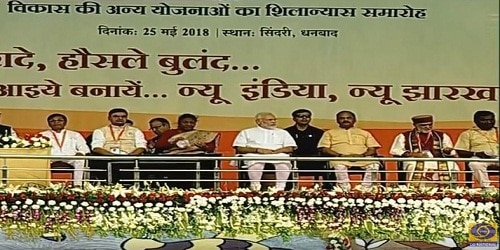 Patratu Super Thermal Power Project:
i. This project is a 74: 26 Joint Venture between Government of Jharkhand and Patratu Vidyut Utpadan Nigam Ltd (PVUN).
ii. PVUN is a subsidiary company of NTPC making a total capacity expansion of 4,000MW.
iii. PVUNL will implement the project in two phases:

iv. This project will offer 85 % of the power to Jharkhand. Under the Pradhan Mantri Sahaj Bijli Har Ghar Yojana (Saubhagya) scheme, this project will offer 24×7 power availability to the houses.
v. The project has features like: Dry Ash disposable system (second to NTPC Dadri), zero liquid discharge system, Air-cooled condenser technology (only second to North Karanpura STPP) and rail loading facility for transportation of ash.
vi. Also, the project complies with the new emission norms with high efficiency ESP, FGD and Nox emission control systems.
vii. The Engineering, Procurement & Construction contract of this project has been given to BHEL (Bharat Heavy Electricals Ltd).
viii. The commissioning of the first unit is expected in 2022. The other two units will be developed after an interval of six months each from the previous unit.
About NTPC (formerly known as National Thermal Power Corporation Limited):
♦ CMD – Gurdeep Singh
♦ Headquarters – New Delhi

Inauguration of the 5 day ASEAN India Film Festival by the MoS of Information and Broadcasting Col. Rajyavardhan Rathore
On May 26,2018, Minister of State (I/C) for information and broadcasting and Sports & Youth Affairs , Col Rajyavardhan Rathore inaugurated the ASEAN India Film Festival in New Delhi . The tagline for this festival is : ‘Friendship through Films’ . 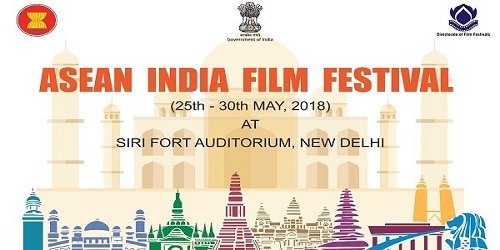 Objective :
To boost cultural exchanges and create a platform for exchange of new trends of filmmaking.
Salient Features:
i. Around 32films from 11 countries ill be featured in this festival.
The opening film of this festival was : ‘Sinjar’in Jasari language.
iii. The Directorate of Film Festival is organizing ASEAN film festival for 25th to 30 th May with Ministry of External Affairs for commemorating 25 years of Asian and Indian Relations. 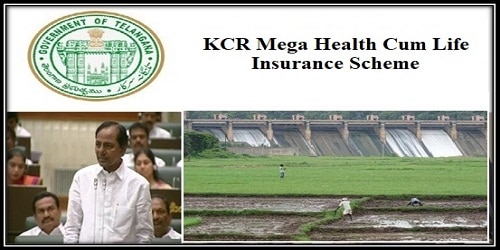 Unique life insurance scheme for farmers:
i. As per the scheme, the government will offer life insurance facility of 5 lakh rupees to the nominee, after the death of the insured farmer.
ii. The total premium will be paid by the government to the insurance agency. The nominee will receive the amount within 10 days of placing the claim after the farmer’s death.
iii. Irrespective of the reason of the farmer’s death, the dependent family will receive the benefit.
iv. Life Insurance Corporation India will implement this scheme. Farmers aged between 18 and 60 are eligible to register for this scheme.
v. Chandra Sekhara Rao said that, this scheme is the first of its kind in India. It will come into effect from 15th August 2018.
Some National Parks in Telangana:
♦ Kasu Brahmananda Reddy National Park
♦ Mahavir Harina Vanasthali National Park
♦ Mrugavani National Park

Columbia the first latin American nation to join NATO
On May 26,2018, The president of Columbia Juan Manuael Santos announced that Columbia has formally joined the North Atlantic Treaty Organization. 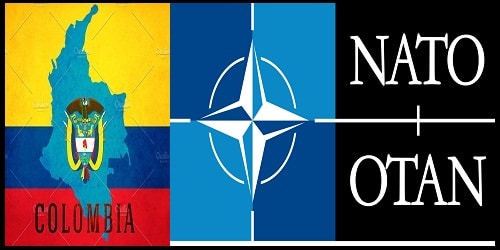 Key points:
i. The formalization will take place in Brussels and that Columbia will be a global partner of NATO.
ii. Columbia is the onlycountry of Latin America to be a part of NATO.
iii. Apart from Columbia Afghanistan, Pakistan, South Korea, New Zealand, Iraq, Mongolia and Japan are in the same ranks.
iii. Columbia also announced to be a partner of Organization for Economic Cooperation and Development (OECD).
About NATO:
It is an inter-governmental military alliance between 29 North American and European Countries . It was founded based in North Atlantic Treaty that was signed in April 4, 1949.

ICICI Bank to start an innovation lab for better digital banking experience.
On May 26,2018, the Mumbai Headquartered ICICI bank launched its innovation lab for digital business. This team is headed by former Chief Technology Officer (CTO) Mr. Rohan Angrish at small business lender Fintech Capital Float.
Objective of the initiative:
To create technology from scratch and help better digital business.
Salient Features of the Initiative:
i. The innovation fund for this project with partnered concerns is : Rs. 100 crore.
ii. Innovation in areas like : digital small ticket personal loans, ‘one cycle’credit loans (allowing the user to retain the money until the next transaction),
iii. The lab will function on a 3 point strategy : ‘Run , Evolve & Imagine’.
iv. As a part of the process the bank has acquired fintech SIgnzywhich will help in online KYC with its blockchain technology and Fingapy which will allow customers to shop without credit cards using biometrics.
v. It will start its own UPI 2.0with features like e-mandate for increased inter-banking transfers and start a system of alerting the customers using whatsapp service.
ICICI:
♦ Chairman – Chanda Kochhar
♦ Headquarters – Mumbai

CBDT releases all 7 ITR e-filling forms
On May 26,2018, after a month of being notified the Central Board of Direct Taxes (CBDT) has released all the 7 e-filling forms for the taxpayers.
Objective:
For e-filling of the taxpayers for the assessment year 2018-19.
Salient Features:
i. All the ITRs to be filled via the official web portal of the department : https://www.incometaxindiaefiling.gov.inexcept for some categories.
ii. The new ITR forms require the salaried taxpayers to break down their salary and for the businessmen to provide their GST number and turnover.
iii. ITR-1 is called ‘Sahaj’ and is for the salaried person earning upto Rs. 50 lakh only. 3 crore taxpayers has used this file for the previous financial year.
iv. ITR-2is for the individuals and ‘HUF’ (Hindu Undivided Families) having income from profits and gains in business including NRIs.
v. ITR-3and ITR-4 can be filled by HUFs having the income under the head business and profession. Other forms are for different categories of taxpayers.
vi. The field having 12 digit Adhaar number or 28 digit Adhaar id has been retained.
vii. An individual of 80 years and above or any HUF or whose income is Rs. 5 lakh and less can file for returns in ITR-1 and ITR-4.
viii. NRIs have to provide any one foreign bank account for the refund .

Rajiv Gandhi Cancer Institute launches screening and awareness drive against tobacco
Rajiv Gandhi Cancer Institute and Research Centre (RGCIRC) has launched a 40 day long cancer screening program and awareness initiative on harmful effects of tobacco consumption.
Screening and awareness drive against tobacco:
i. These initiatives have been taken keeping in mind the World No Tobacco Day 2018 (31 May 2018).
ii. Also, to observe World No Tobacco Day, Preventive Oncology Department at RGCIRC is conducting Free Oral Cancer Screening from 24th May to 7th June 2018.
iii. This is focused on detection of cancer in the early stages for mainly smokers and tobacco chewers. 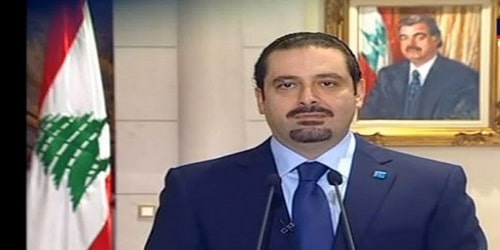 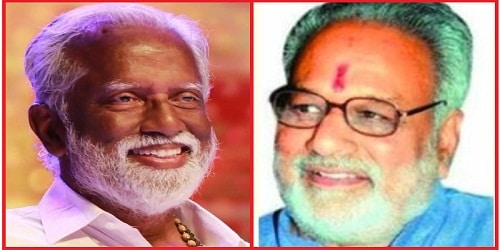 Boards of Max Financial Services and Max Life Insurance announced Sachil Vachani as the new Director
On May 26,2018, The boards of Max Financial Services and Max Life Insurance appointed Mr. Sachil Vachani as the Director.
Key points
i. He started his career as a banker with Citigroup in London . In 2004 he joined Dixon Technologies as business head.
ii. He has joined as the representative of owner group to create a powerful real estate brand –Max Estates.
iii. He has successfully worked on sale of 22.5% stake of Max Ventures to New York Life Insurance Company in 2017 and a joint venture of Max ventures with Japans’ Toppan printing company ltd.

Sudeva Football club acquired Spanish Leagues’ Club
On May 26,2018, Delhi based Sudeva Football Club to expand its operations in Europe through Spanish league’s third division club C.D Olimpic Xativa. Sudeva becomes the First football club to do so.
Key points:
i. Indian and Spanish coaches will work together through workshops and training camps.
ii. This move will offer the Indian players to extend their talents in the Spanish football league.
iii. It will ensure a minimum of 35-40 matches is played by players of either teams.
Spain:
♦ Capital – Madrid
♦ Currency – Euro 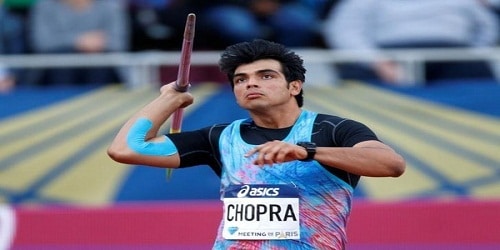