Rajasthan to be 1st state to issue ads to appoint V-Cs
i. Rajasthan becomes India’s first state to issue newspaper advertisements to select vice-chancellors for state universities to at ensure better-qualified candidates apply for the job and greater transparency in the process.
ii. The move will replace the existing convention riddled with delays and allegations of political favouritism of direct appointment of V-Cs.
iii. The advertisements seeking applications for vice-chancellor positions in state universities will be published in two national newspapers also appear on the website of the concerned institute and the governor, who is the chancellor of the state’s 15 state universities.
iv. Applicants must mention general personal information, educational qualification, subject of expertise, details of work at administrative posts and academic publications.
v. Applicants will also have to mention the number of students who have completed Ph.D and M.Phil degrees under them.
Rajasthan:
♦ Capital: Jaipur
♦ Governor: Kalyan Singh
♦ Chief Minister: Vasundhara Raje.

Global conference on women empowerment held in New Delhi
i. A six-day long global conference envisioned on economic empowerment of women to foster leadership and entrepreneurship was held in New Delhi.
ii. Women across many countries and all walks of life will meet to discuss social empowerment, leadership, economic, business and social issues such as innovation, start-ups, leadership, entrepreneurship, business and globalisation, diplomacy, sustainable development, peace and spirituality, social empowerment, environment and art.
iii. The Women Economic Forum is being hosted by All Ladies League with a theme of Women: Uplifting and Uniting the World. 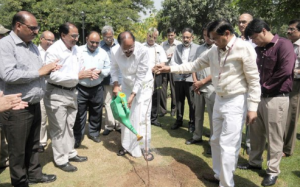 i. Urban Development Minister M.Venkaiah Naidu  launched a 15-day special ‘Swachh Office Drive’ for ensuring cleanliness at all Government offices across the country as an intensive thematic campaign under Swachh Bharat Mission.
ii. The Minister also planted a Neem sapling at Nirman Bhawan and inspected the building for about an hour for an on the spot assessment of sanitation.
iii. The Ministry’s  suggestion include ensuring water supply at 45 litres per head per day, one toilet for every 25 persons, urinals to be provided based on employee strength, removal of stains every week, checking electrical fittings twice a week, acid cleaning and scrubbing of toilets daily, schedule of inspections etc.

World’s first robot lawyer hired by US firm Baker Hostetler
The world’s first artificial intelligence lawyer installed by Law Firm Baker Hostetler in the United State and named as ROSS
Purpose: To assist its various teams in legal research and Development
The Robot was named as ‘ROSS’ which is originally built by Watson, IBM’s cognitive computer
US-based law firm: Baker Hostetler
Capabilities of the ROSS:
i. Involvement in the computing
ii. Natural language processing

BHEL wins Rs 1,600 crore order form NTPC & SAIL JV
i. New Delhi based Engineering Company BHEL has bagged order worth of Rs 1,600-crore from a joint venture company of NTPC and SAIL to set up a coal-based thermal power project in Odisha.
ii. The proposed Thermal power plant of 1×250 MW which is coal-based unit will be set up at Rourkela Power Project on engineering, procurement & construction (EPC) basis.
iii. The BHEL’s will make the key equipment’s in its plants that located at various locations of the country, whereas the company’s power sector division shall be responsible for civil works and erection/ commissioning of the equipment.
BHEL:
Founded: 1964
Headquarters: New Delhi
CEO: Atul Sobti

Mphasis partners ToneTag for digital banking solutions
i. Bangalore based IT major Mphasis and Tone Tag a sound-based proximity communication company entered into a strategic partnership to provide a range of digital banking solutions for the banking and retail industries.
ii. Both the majors aim to enrich the retail experience in the offline establishments of both banking as well as commerce industries.
iii. Mphasis will collaborate to build solutions and be an integration partner for ToneTag’s technology globally to facilitate contact-less proximity communication, location based services and customer engagement services.
iv. As part of this move Mphasis will be providing omni-channel customer engagement and contactless checkout solutions to benefit physical outlets, dealerships, bank branches as well as experience stores. 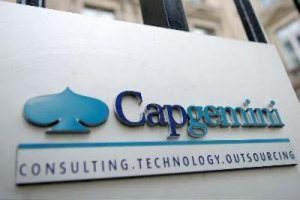 ii. The initiative is intended at tie together the digital divide and creating a digitally literate and empowered generation. The centre will be training over 1200 persons with disabilities.
iii. This is the ninth such centre launched as part of the National Digital Literacy Mission move that will enable training infrastructure and trainers at the centre with the help of the institute and the project implementation partner.

Four Indian Peacekeepers, civilian to be honored posthumously
Venue and Date: United Nations and May 15
Four Indian peace keepers and a civilian, who sacrificed their lives while serving in the UN peacekeeping operations in the year 2015 to be honored posthumously
i. They will be honored along with other 124 personnel
ii. Four Indian peacekeepers honored with Dag Hammarskjold Medal
FOUR INDIAN PEACEKEEPERS
1.Head Constable Shubhkaran Yadav
2.Rifleman Manish Malik
3.Havildar Amal Deka
4.Rakesh Kumar
CIVILIAN  – Gagan Punjabi

IIT-Kgp student bags European Materials Research Society Award
i. IIT-Kharagpur’s PhD student Nandini Bhandaru bagged the European Materials Research Society’s Young Scientist Award for her contribution to materials science.
ii. She has won the award at E-MRS’s 2016 Spring Meeting in Lille, France based on her outstanding contribution to materials science and nanotechnology, particularly nano-patterning of soft films and surfaces.
iii. She proposes in her innovation that possibility of fabricating nano-scale patterned surfaces, which may act as the mother board for many of the devices.
iv. She works at the Instability and Soft Patterning Laboratory of IIT-Kharagpur. Her domain of research is nano-fabrication, including soft-lithography, thin film dewetting, polymer blend films and self-assembly. 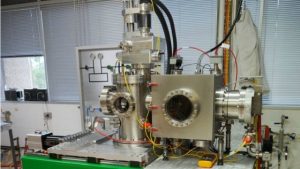 i. Australian researchers have built the world’s first Scanning Helium Microscope to examine materials without disturbing them.
ii. The new microscope will pave the way to study human, animal and plant samples, as well as computer chips and pharmaceutical drugs, without damaging or changing them
iii. University of Newcastle in collaboration with scientists from England’s University of Cambridge developed the microscope with helium to examine structures without damaging or changing them.
iv. The new findings has implications for major industries like solar energy, defence and information technology.
Australia:
♦ Capital: Canberra
♦ Currency: Australian dollar
♦ The world’s smallest continent and sixth largest country by total area.

China launches Yaogan-30 remote sensing satellite to carry out land surveys
i. China has successfully blasted off a Yaogan-30 remote-sensing satellite into orbit to carry out land surveys and assist with disaster relief efforts from Jiuquan Satellite Launch Center in northwestern China’s Gobi desert.
ii. The sensing missile used to conduct land surveys, estimate crop yields, collect information for disaster relief efforts and carry out space experiments.
iii. It was launched into a sun-synchronous orbit of 429 by 437 miles with inclination at 98.23 degrees. It was the 227th flight of the Long March rocket series.
China:
♦ Capital: Beijing
♦ Currency: Renminbi
♦ President: Xi Jinping

India women settle for silver after losing to Malaysia in Asian Squash Team Championship
i. Indian women’s squash team ended with a silver medal its Asian Team Championship campaign as they lost to Malaysia by 0-2 margin in the summit clash in Taipei.
ii. Earlier the team has won bronze-medal finish in the earlier edition of the championship. Sachika lost in straight games 7-11 6-11 10-12 to Sivasangari Subramaniam in the first match.
iv. India’s top seed Joshna Chinappa provided a tought fight to Delia Arnold, who finally prevailed with 9-11, 13-11, 11-8, 11-9 victory.
v. She had lost to Delia Arnold in the earlier meeting of the two teams. There was promise of changed scenario after Joshna powered her way for the first game. 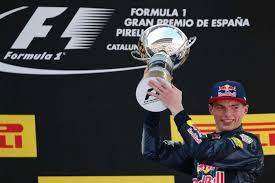 ii. The Belgian-Dutch racing driver Max took advantage of the early crash involving the favourites and held on for the victory only a few days after moving up from feeder team Toro Rosso in a controversial driver switch with Daniil Kvyat.
iii. Ferrari’s Kimi Raikkonen was second and teammate Sebastian Vettel third.
iv. He became the winner after Mercedes teammates Lewis Hamilton and Nico Rosberg crashed into each other on the first lap.

Heena shoots silver, Bindra bronze
i. Former Olympic gold medallist Shooter Abhinav Bindra clinched the silver by 0.1 point in the men’s air rifle in the International Shooting Competition of Hannover in Germany.
ii. Bindra have secured 5 in taking the bronze behind Nicolas Schallenberger of Germany while Jan Lochbihler of Switzerland won the gold.
iii. In the Women’s 10 m air rifle category she finished 11 th while in the 10 m Air pistol event Heena Sindhu clinched Silver against Sandra Hornung of germeny who clinched gold in the contest.
The results:

World’s oldest person dies in New York City, aged 116
i. Reportedly the world’s oldest living person Susannah Mushatt Jones has died in New York City. She is aged 116 and had been ill for the past 10 days.
ii. Jones was born in 1899 in, Alabama. After graduating high school in 1922, she worked in the family business picking crops.
iii. Jones became the record holder for the Guinness World Records title of oldest living female last year. She was given the record on her 116th birthday. 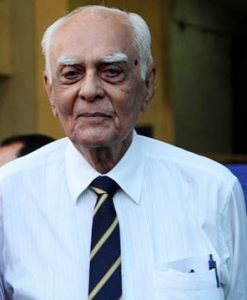 i. Gujarat-born Former Test cricketer Deepak Shodhan has passed away at the age of 87.He was India’s oldest living Test cricketer in Ahmedabad.
ii. The left-handed batsman made his international debut against Pakistan in 1952
in which he scored 110 in the first innings.
iii. He also became the first Indian cricketer to score a hundred in the first innings of his debut Test.
iv. He scored 1802 runs, with 4 hundreds and 7 fifties in 43 first class games, besides taking 73 wickets at an average of 34.05.