We are here for you to provide the important current affairs May 13 2018 which have unique updates of all daily events from all newspapers such as The Hindu, The Economic Times, PIB, Times of India, India Today, Indian Express, Business Standard, all Government official websites. Our complete current affairs helps you to get more marks in Banking, insurance, UPSC, SSC, CLAT, Railway and all other competitive Exams. 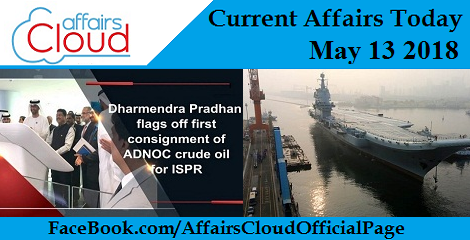 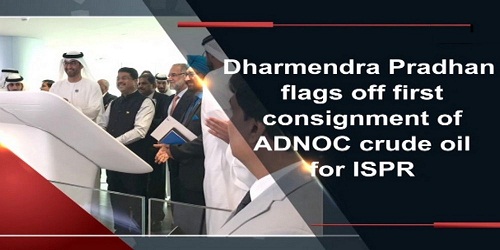 Information about first consignment of ADNOC crude for India:
i. In February 2018, during Indian Prime Minister Narendra Modi’s visit to UAE, an agreement was signed between Indian Strategic Petroleum Reserves Ltd (ISPRL) and ADNOC of UAE, under which ADNOC will store about 5.86 million barrels of crude oil in India’s Strategic Petroleum Reserve (SPR) facility at Mangalore at its own cost.
ii. It is to be noted that ISPRL has built 39 million barrels strategic crude oil storage facility at three locations in India viz. Vishakhapatnam (Andhra Pradesh), Mangalore (Karnataka) and Padur (Kerala).
iii. As per the ISPR-ADNOC agreement, ADNOC can sell part of the crude oil stored, to Indian refineries on commercial basis and a certain portion of the storage will be for exclusive use of the Indian government.
iv. Mr. Pradhan is on an official visit to United Arab Emirates (UAE). During the course of this visit, he held bilateral meeting with Mr. Jaber to discuss the ongoing cooperation in the hydrocarbon sector and explored ways to further enhance the engagement.
Quick Facts about ADNOC:
♦ Founded in – 1971
♦ Headquarters – Abu Dhabi, UAE
♦ Owned by – UAE Government 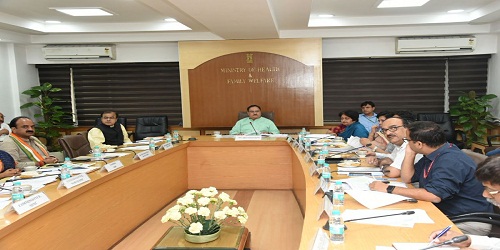 High level review meeting on Vector Borne diseases:
i. J P Nadda asked the agencies to develop a separate registry for cases originating and being treated in Delhi.
ii. He said to focus on active case finding for source identification and reduction of vectors and transmission.
iii. He added that there should be no shortage of diagnostic kits, drugs, testing labs, manpower and funds.
iv. He highlighted the importance of conducting focused and intensive IEC (Information, Education & Communication) campaigns and continuing them through the monsoon season.
v. He directed the officers to perform supervisory visits to various hospitals in Delhi to assess the situation, preparedness and to offer on the spot technical guidance to the health authorities.
Some important museums in New Delhi:
♦ National Museum of Natural History
♦ National Rail Museum
♦ National Science Centre

Govt set to expand Buddhist tourism circuit to 21 more states
In a bid to attract more Buddhist tourists from across the world, Central Government has decided to expand Buddhist tourism circuit to 21 more states.
Expansion of Buddhist Tourism Circuit:
i. Buddhist Circuit is among the thirteen thematic circuits under central Government’s Swadesh Darshan Scheme. As per earlier plan, it comprised only seven major Buddhist pilgrimage sites in Uttar Pradesh and Bihar.
ii. However, now the circuit will be expanded as Union Ministry of Tourism has identified stupas and viharas in 21 states, around which small intra-state Buddhist zones will be developed.
iii. Some of these states are Madhya Pradesh, Rajasthan, Andhra Pradesh, West Bengal, Goa, Gujarat and Jammu & Kashmir.
iv. Among these states, most noteworthy is the plan to create a Buddhist theme park in Madhya Pradesh, which will have light and sound show, interpretation centre, wayside amenities and sanitation facilities.
v. Objective behind expanding Buddhist circuit is to attract more Buddhist tourists, particularly the new-age Buddhist tourists from the West, and also from traditional markets in South East Asia.
vi. This circuit will be India’s first trans-national tourist circuit as Lumbini (birthplace of Buddha) in Nepal will also be promoted for tourism along with Buddhist sites in India. 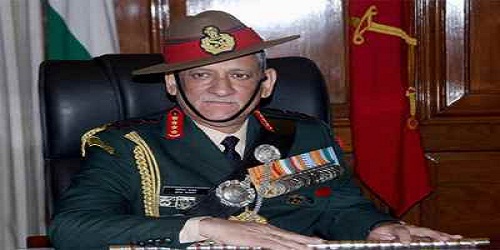 Army Chief General Bipin Rawat on 5-day visit to Sri Lanka:
i. As a part of his visit, Bipin Rawat will meet the Sri Lankan President Maithripala Sirisena and Prime Minister Ranil Wickremsinghe.
ii. He will also conduct a meeting with the military heads of Sri Lanka. Issues of mutual interest and ways to strengthen military cooperation between India and Sri Lanka will be discussed.
iii. Bipin Rawat will inaugurate a communications lab set up near Kandy with the assistance of Indian army.
iv. He will visit military establishments in Trincomalee and Diyatalawa. He will also visit some Sri Lankan military establishments outside Colombo.
Some important international airports in India:
♦ Imphal International Airport – Imphal, Manipur
♦ Biju Patnaik International Airport – Bhubaneswar, Odisha
♦ Sri Guru Ram Dass Jee International Airport – Amritsar, Punjab

Par panel to look into black money and performance of public sector banks
i. On 10th May 2018, a parliamentary panel of 30 membersestimate Committeealso known as Continuous Economy committee has been constituted by the speaker of parliament . Veteran BJP leader Mr.MuraliManohar Joshi has been appointed as the chairman of this committee. 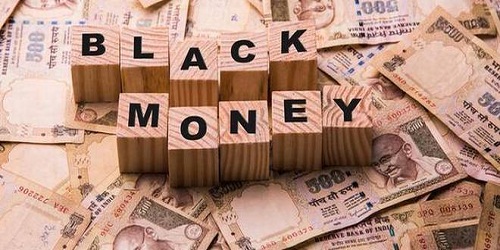 ii. This committee will focus on the black money and the unaccounted money that was legaitimised during the demonetization period as per RBI’s report. Also it will look into the performance of public sector bank, import of uranium ,preparedness of Indian armed forces, environment and mining activities, among other things related to various ministries in the year 2018-2019.
Key points:
♦ Chairperson of Public Accounts Committee: Mr. MallikarjunKharge.
♦ 24 th Governor of RBI :Mr. Urjit Patel
♦ Speaker of Parliament : Mrs. SumitraMahajan. 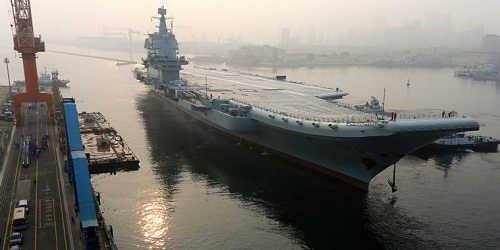 China’s first home-built aircraft carrier begins sea trials:
i. The aircraft carrier has not been named yet. It is a 50,000-metric tonne vessel. It started off from a shipyard of Dalian Shipbuilding Industry in Liaoning province.
ii. This vessel will become China’s second aircraft carrier. China commissioned its first carrier the Liaoning in 2012.
iii. This trial aims to demonstrate the reliability and capability of the ship’s propulsion systems.
iv. The carrier was launched in 2017. It has been undergoing fitting of weapons and other systems. It has not yet entered service.
v. The new vessel will focus on conducting combat-ready patrols and safeguarding China’s maritime sovereignty and interests.
vi. China has developed a new jet fighter named A J-15 fighter to operate from the decks of its carriers.
vii. The new carrier has a conventional propulsion system. It will use a ramp to launch J-15 fighter jets. The ship will carry various types of helicopters.
viii. The new carrier has over 12,000 pieces of equipment. They were made by 532 Chinese enterprises. The vessel has nearly 3,600 cabins.
Some important international boundary lines:
♦ Order Neisse Line – Germany & Poland (aftermath of World War II)
♦ Hindenburg Line – Poland & Germany (at the time of First World War)
♦ Sigfried Line East – France & Germany (at the time of second world war) Restrictions on Dena Bank:
i. It is to be noted that RBI initiated prompt corrective action against Dena Bank and imposed certain restrictions in May 2017 owing to high net non performing assets (NPA) and negative Return on Assets.
ii. The fresh restriction has been imposed in wake of deteriorated financial performance for the 4th quarter of 2017-18. For fourth quarter ended March 31, 2018, Dena Bank reported a net loss of Rs 1225 crore, which is much wider than the net loss of Rs 575 crore recorded in the same quarter last year.
iii. In addition to this, for the financial year 2017-18, Dena Bank recorded a net loss of Rs 1924 crore marking a third consecutive year of net loss.
Quick Facts about Dena Bank:
♦ Founded in – 1938
♦ Headquarters – Mumbai, Maharashtra
♦ Current Executive Director – Ramesh Singh
♦ Tagline – Trusted Family Bank

ii. It states that remittances to the Asia-Pacific region amounted to US 256 billion in 2017. The report was released by the International Fund for Agricultural Development (IFAD).
iii. Pakistan (USD 20 billion), and Vietnam (USD 14 billion) have also featured in the top 10.
iv. Nearly 70 % of remittances sent to Asia and the Pacific are from outside the region especially from the Gulf States (32 %), North America (26 %) and Europe (12 %).
v. Nearly USD 6 trillion in remittances are expected to be sent to developing countries by 2030. More than half of these remittances will be sent to the Asia Pacific regions, mainly to small towns and villages.
vi. These remittances represent 53 % of flows worldwide, with a growth of 4.87 per cent since 2008.
vii. Remittance outflows from the region amount to USD 78 billion and 93 % of the flows remain in the region.
viii. Globally, around 40 percent of the total value of remittances go to rural areas.
viii. In the Asia- Pacific region, remittances go to countries with a majority of rural populations like Nepal (81 per cent), India (67 per cent), Vietnam (66 per cent), Bangladesh (65 per cent), Pakistan (61 per cent) and the Philippines (56 per cent).
Tag lines of some banks:
♦ Bank of Maharashtra – One Family One Bank
♦ Canara Bank – Together we can
♦ Bank of India – Relationships beyond Banking 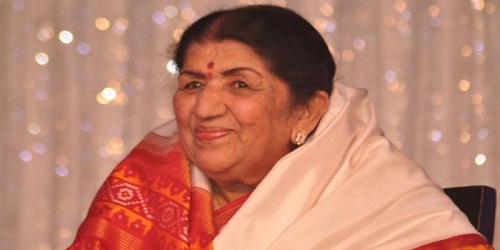 US cancels NASA’s carbon monitoring project
On 10th May 2018, “Carbon Monitoring System (CMS)”, a NASA programme that cost $10 million per year to track carbon and methane was cancelled. 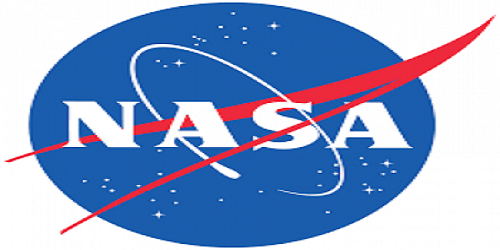