We are here for you to provide the important current affairs May 12 2018 which have unique updates of all daily events from all newspapers such as The Hindu, The Economic Times, PIB, Times of India, India Today, Indian Express, Business Standard, all Government official websites. Our complete current affairs helps you to get more marks in Banking, insurance, UPSC, SSC, CLAT, Railway and all other competitive Exams. Punjab Signs MoU with UK for Setting Up Bio-Gas, Bio CNG Plants
On May 11, 2018, Punjab State Government signed a memorandum of understanding (MoU) with United Kingdom (UK) for setting up of bio-gas and bio- Compressed natural gas (CNG) plants in the state. More information about Punjab Govt’s MoU with UK:
i. Parties to the MoU are Punjab Bureau of Industrial Promotion (PBIP), Punjab Energy Development Agency (PEDA) and Rika Biofuels Development Ltd UK, while Punjab Infrastructure Development Board (PIDB) will facilitate the regulatory clearances.
ii. Objective of this MoU is to find viable and sustainable solutions to paddy straw burning, which has become a major environmental concern in Punjab and surrounding region.
iii. As per the terms of the MoU, Rika will build more than 10 bio-CNG plants with a total investment of USD 100-150 million. Intake capacity of each plant will be around 100 MT per day.
iv. As these plants will be based on a new patented anerobic digester concept and straw extruding technology, it would not only promote sustainable agriculture practices by stopping burning which severely damages the soil but will also promote long-term soil health and improve agricultural yield as digestate/bio manure is rich in organic and inorganic matter.
v. In addition to this, these projects would create 1000 jobs across the whole operation and supply chain.
Quick Facts about Punjab:
♦ Capital – Chandigarh
♦ Current Chief Minister – Amarinder Singh
♦ Current Governor – V P Singh Badnore
♦ Important River – Sutlej

Chhattisgarh CM to launch Vikas Yatra
On May 12, 2018, Chhattisgarh Chief Minister Raman Singh launched Vikas Yatra from Dantewada district aimed at spreading awareness about the development the state has witnessed during Bharatiya Janata Party (BJP) Govt’s tenure in the state. 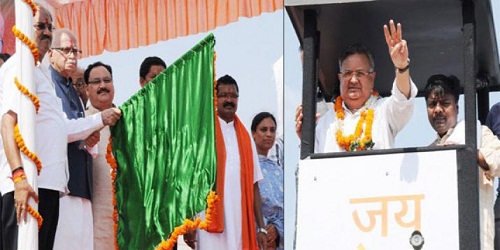 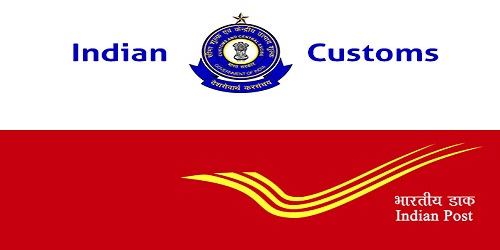 Highlights of Customs and Postal Department Joint Conference:
i. The conference was attended by Commissioners of Customs from all the States having Foreign Post Offices (FPOs) and their counterpart Post Master Generals.
ii. In context of this news, it is important to note that Imports and exports by post are the 6th highest cited citizen grievances under Centralized Public Grievance Redress And Monitoring System (CPGRAMS).
iii. For catering to the Small and Medium Enterprises (SMEs) and to provide a boost to the Make in India program, Customs Department has proposed new simplified procedures for exports through India Post.
iv. E-commerce giant Amazon and international logistics company DHL have been invited for making presentations on global best practices and identifying bottlenecks faced by Indian exporters.
v. In addition to this, Customs is planning to introduce non-intrusive technologies like x-ray scanning at Foreign Post offices to expedite release of goods.

Frozen Semen Station being set up in Maranga,Purnea under the Rashtriya Gokul Mission
On May 12, 2018, Union Minister of Agriculture & Farmers’ Welfare, Radha Mohan Singh laid foundation stone of the frozen semen station in Maranga, Purnea, Bihar.
Salient features of Frozen Semen Station in Maranga, Purnea:
i. Frozen semen station in Maranga, Purnea is being set up at a cost of Rs 64 crore (100% contribution from the Central Government) under the Rashtriya Gokul Mission.
ii. Launched in 2014, Rashtriya Gokul Mission is geared towards conserving and developing indigenous breeds to increase milk productivity.
iii. Frozen semen station in Purnea will be the first state-of-the-art semen production centre in India.
iv. The station will have a highly modern bull shade, semen processing lab, feed and godown, agricultural equipment, and other facilities.
v. 300 high genetic merit bulls will be kept at the station and 50 lakh semen dose will be produced per year.
vi. This semen station will play an instrumental role in rapidly increasing milk productivity of cows and buffaloes in the state. 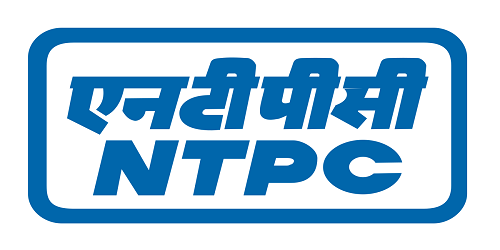 Details about Kerala State Electricity Board – NTPC MoU:
i. The MoU includes an agreement to set up a 15 MW solar power unit at the NTPC complex in Kayamkulam.
ii. In addition to this, scope for setting up solar plants at reservoirs, open space and top of buildings would also be explored.
iii. Power generated through these projects would be given to KSEB at a rate fixed by the State Electricity Regulatory Commission.
iv. The MoU was signed by KSEB and NTPC officials in presence of Kerala Chief Minister Pinarayi Vijayan and Kerala Power Minister M M Mani.
Quick Facts about NTPC:
♦ Founded in – 1975
♦ Headquarters – New Delhi
♦ Current Chairman and MD – Gurdeep Singh

J-K govt approves scheme for placement of JKPS officers in higher scale
On May 12, 2018, Jammu and Kashmir State Cabinet chaired by Chief Minister Mehbooba Mufti, approved a notification of the non-functional (monetary) scheme (NFS) and its implementation for members of the general executive cadre of the Jammu and Kashmir Police Service (JKPS).
i. This scheme seeks placement of Jammu and Kashmir Police Service (JKPS) officers in higher scales.
ii. As per the scheme, a junior scale JKPS officer, in the pay band of Rs 9300-34800 with Grade Pay (GP) of Rs. 4800 with 10 years in the junior scale will be eligible for placement in the time scale (non-functional) of Rs. 15600-39100 with GP of Rs 6600 after assessment by the selection committee.
iii. Similarly, a time scale JKPS officer with four years service will be eligible for placement in the selection grade-II (non-functional) of Rs 15600-39100 with a grade pay of Rs 7600 after assessment.
iv. This scheme shall be effective, retrospectively from January 1, 2018.
Quick Facts about Jammu & Kashmir:
♦ Capital – Srinagar (Summer), Jammu (Winter)
♦ Current Governor – Narinder Nath Vohra
♦ Current Chief Minister – Mehbooba Mufti
♦ Important National Park – Dachigam National Park, Kishtwar National Park

SC approves scheme to grant compensation to rape & acid attack victims
On May 11, 2018, Supreme Court of India approved “Compensation Scheme for Women Victims/Survivors of Sexual Assault/other crimes”, a scheme for mandatory grant of compensation to victims of sexual assault and acid attack. Salient features of “Compensation Scheme for Women Victims/Survivors of Sexual Assault/other crimes”:
i. Under the scheme, a compensation fund will be set up and it would be managed by State Legal Services Authority(SLSA).
ii. Compensation for gangrape victim will be in the range of Rs 5 lakh to Rs. 10 lakh, minimum compensation of Rs. 4 lakh is to be paid in case of rape or unnatural sexual assault while for acid attack victims minimum compensation will be Rs 7 lakh for total disfigurement and Rs 5 lakh in case of 50% burns.
iii. Most important feature of the scheme is that, grant of monetary relief is not linked with the trial in such cases and the victim can approach the State or District Legal Services Authority for compensation immediately after the incident. Details about Donald Trump – Kim Jong Un meeting:
i. This will be the first ever meeting between a sitting US president and North Korean leader.
ii. Key issue to be discussed during the meeting will be North Korea’s nuclear weapons programme and intercontinental ballistic missile launches which raised geopolitical tensions across the world

India’s growth will accelerate to 7.3 pct: Fitch
As per Credit rating agency Fitch, Indian economy is projected to grow at 7.3 percent in current fiscal i.e. 2018-19 and 7.5 percent in next fiscal. 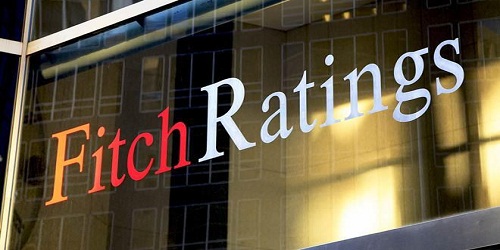 Outlook of Indian Economy – Fitch:
i. The above projection has been made in Fitch’s second-quarter Sovereign Credit Overview for Asia Pacific region.
ii. Fitch has outlined that India’s economic growth is likely to accelerate as money supply has recovered to its pre-demonetisation level (pre-November 2016) and disruptions related to the rollout of the Goods and Services Tax (GST), in July 2017 have diminished.
iii. Besides, implementation and continued broadening of the government’s structural-reform agenda will lead to a gradual improvement in country’s business environment.
Quick Facts about Fitch Ratings:
♦ Founded in – 1914
♦ Headquarters – New York, US
♦ Current President and CEO – Paul Taylor 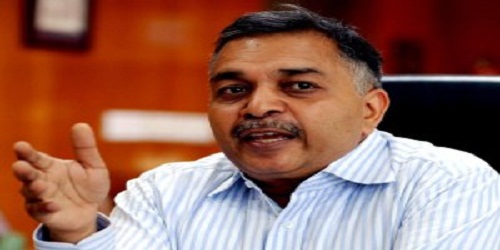 Pawan Kumar Agarwal gets extension as CEO FSSAI:
i.  Pawan Kumar Agarwal is a 1985-batch IAS officer of West Bengal cadre. He has been given three-month extension beyond 15th May 2018.
ii. He became the CEO of FSSAI in December 2015.
About FSSAI (Food Safety and Standards Authority of India):
♦ Headquarters – New Delhi
♦ Functions under – Ministry of Health & Family Welfare Singer Mohit Chauhan – Green Ambassador for Sikkim:
i. Mohit Chauhan is a Bollywood playback singer. He also sings for the ‘Silk Route’ band.
ii. He has been nominated as the Green Ambassador to promote Sikkim as a Green Destination both at a national and international level, on voluntary basis.
Some Wildlife sanctuaries in Sikkim:
♦ Varsey Rhododendron Sanctuary
♦ Shingba Rhododendron Sanctuary
♦ Pangolakha Wildlife Sanctuary 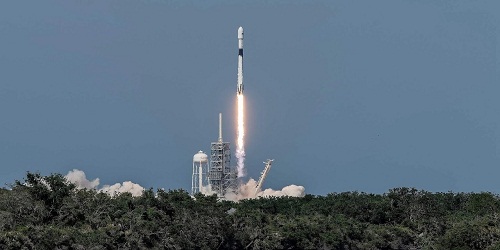 The Block 5 Falcon 9 rocket:
i. The rocket is designed for less maintenance and refurbishment between flights. It has been certified to carry humans to space.
ii. The Block 5 Falcon 9 rocket’s main aim was to propel Bangabandhu Satellite-1 to a geostationary transfer orbit nearly 35,000 km above earth.
iii. Bangabandhu Satellite-1 is a communications satellite for Bangladesh. It will provide video and communications coverage over Bangladesh and its territorial waters in the Bay of Bengal, and in India, Nepal, Bhutan, Sri Lanka, the Philippines, and Indonesia.
iv. It will also offer broadband connectivity to rural areas in Bangladesh. It has been named after the father of Bangladesh, Bangabandhu Sheikh Mujibur Rahman.
v. It has been designed and manufactured by Thales Alenia Space, France. SpaceX said that the mission would last for a minimum of 15 years.
vi. The rocket has been built to re-fly up to 10 times with minimal refurbishment. After liftoff, the rocket landed on the “Of Course I Still Love You” drone ship in the Atlantic Ocean.
About SpaceX:
♦ CEO – Elon Musk
♦ Headquarters – Hawthorne, California, United States 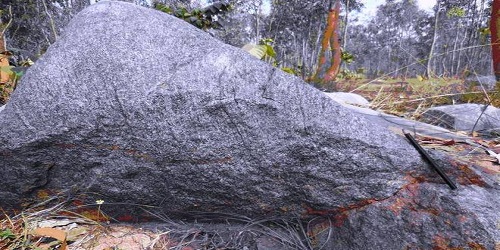 World’s second oldest rock is from Odisha:
i. Scientists have found a grain of magmatic zircon (a mineral that contains traces of radioactive isotopes) in the rock. Through which it has been estimated to be 4,240 million years old.
ii. The discovery was made by researchers from University of Calcutta and Curtin University, Malaysia, and Chinese Academy of Geological Sciences, Beijing.
iii. The findings were published in the journal Scientific Reports. Presence of zircon older than this was found only in Jack Hill, Western Australia, which is 4,400 million years old, making it the oldest known rock sample.
Some wildlife sanctuaries in Odisha:
♦ Gahirmatha Marine Sanctuary
♦ Debrigarh Wildlife Sanctuary
♦ Chandaka Elephant Sanctuary

Rafael Nadal broke a 34-year-old record by winning his 50th straight set on clay, the most consecutive sets won by a player on a surface.
On 10th May 2018, Rafael Nadal broke John McEnroe’s record of 49 straight sets won on the same surface by defeating Diego Schwartzman 6-3, 6-4 in the third round of the Madrid Open, in Spain. Death of Ankit Chadha:
i. Ankit Chadha was popular for his unique style of storytelling in Urdu. It is said that, Ankit Chadha had gone for a walk along the shores of Uksan lake and drowned in the lake after he slipped accidentally.
ii. He was 30 years old. He had performed at various national and international stages, and also in universities like Harvard, Yale and Toronto.
Some important lakes in Maharashtra:
♦ Rankala Lake
♦ Salim Ali Lake
♦ Shivasagar lake 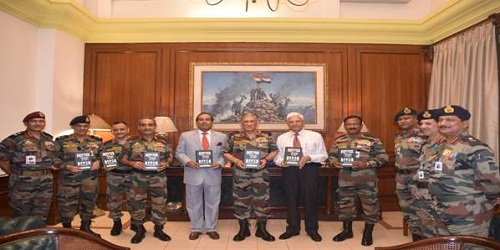 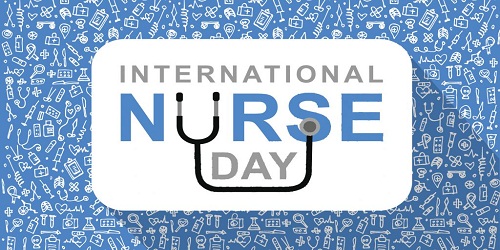